In February 1942 the United States Navy Monitors had been tracking a Japanese submarine lurking on the outskirts of San Francisco. Several nights after this, another Japanese sub surfaced near the coast of Santa Barbara and targeted an oil storage facility; firing a few shells. Pearl Harbor, which only happened the last December, is very fresh in the memories of American’s and so the threat of the Japanese invading was taken seriously.

Lieutenant General John L. De Witt was drafted in, he was the head of Western Defense Command, and was given orders to put in place ‘passive defense measures’ within all installations that are vital which are based along the Pacific coast. Colonel John F. Ohmer was in charge of executing the order. He was stationed 60 miles east of Los Angele’s downtown, at March Field. This was the beginning of Operation California.

Camouflaged areas were tested, using aircraft which flew over these sites, and the outcome was positive – the pilots were not able to identify the areas that were camouflaged (factories, bases, and plants). Orders soon flew in from other places in the United States. Seattle was one; they ordered the camouflage of their Boeing Aircraft complex (a whopping 26-acre site). They covered the entire area, including schools, parks, homes and municipal buildings. 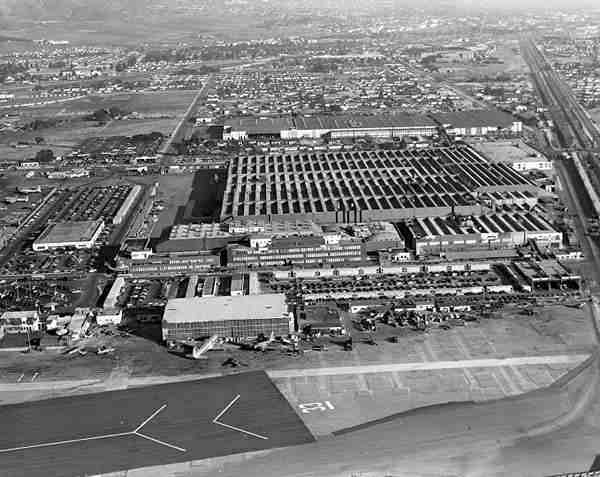 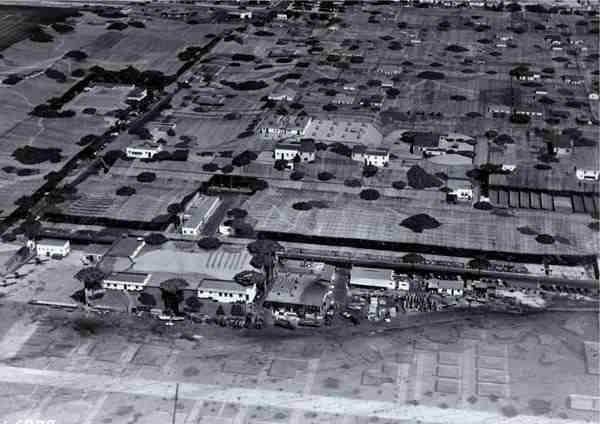 Colonel Ohmer, the commander of a training center specializing in camouflage, was a pioneer in this field; deception, misdirection and camouflage techniques.

In late 1940 during the Battle of Britain, in the midst of the strength of the Luftwaffe trying to cripple England, Ohmer paid a visit to England and saw for himself how much thought was put into the camouflage and how well-placed it was. The camouflage used here meant the Luftwaffe wasted thousands of bombs, targeting empty fields instead of their primary targets. 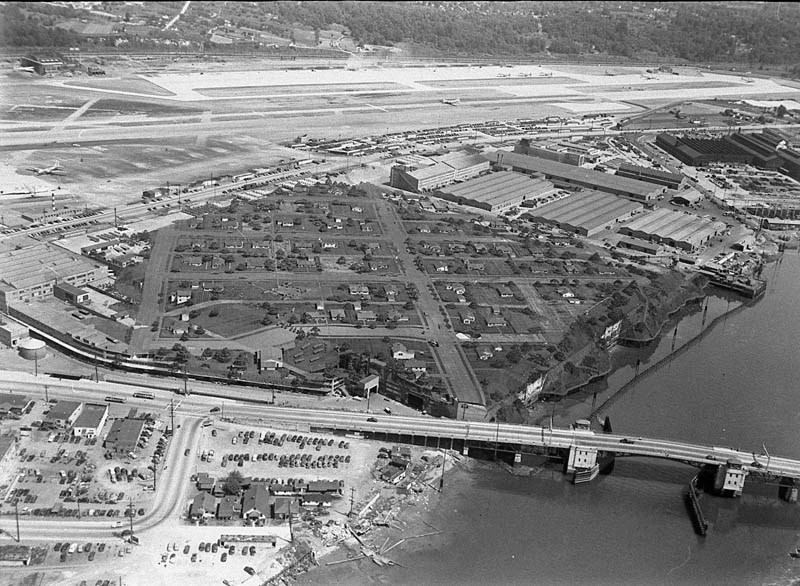 As the war carried on, the risk of a Japanese invasion lessened, more so after the United States Navy managed to land a vital blow against the Japanese carrier task force in the area of Midway Island. The camouflage would eventually be removed; however, it would have been intriguing to see if this netting would have been a total success if the Japanese had decided to launch an aerial attack. 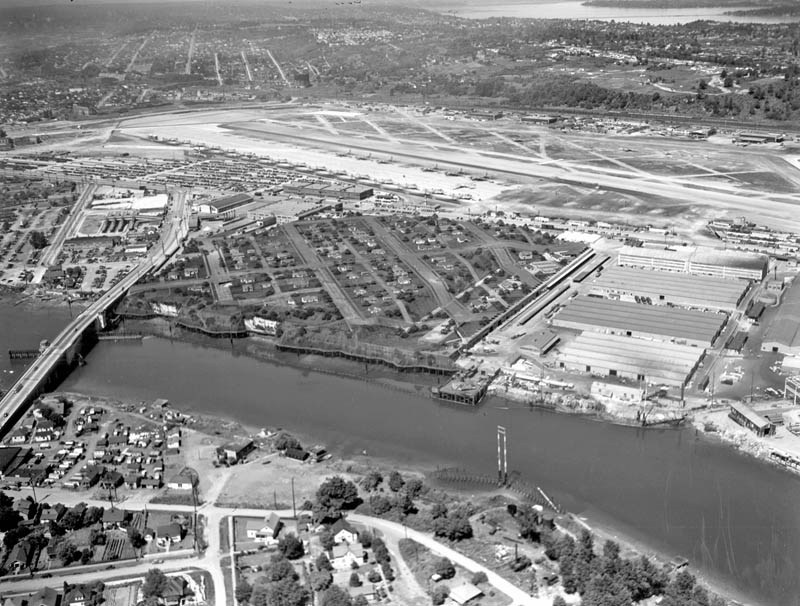 Ohmer had the help from many people in his effort to come up with the perfect camouflage techniques; he had his own team but also received aid from movie studios within Hollywood. Disney, Paramount, MGM, Universal, 20th Century Fox all came in to help and offered the services of their staff (painters, set designers, carpenters, landscape artists, prop men and lighting experts).

Ohmer and his team of helpers started to apply techniques garnered from Hollywood to camouflage approximately 34 air bases. This included false foliage being planted and cover provided to the structures. Ohmer went on to conceal assembly plants and factories that were considered key locations and likely targets for any Japanese assault that may be launched on the Pacific Coast. Some facilities that were included, were the Lockheed-Vega Aircraft plant (Burbank) and the Douglas Aircraft plant (Long Beach). 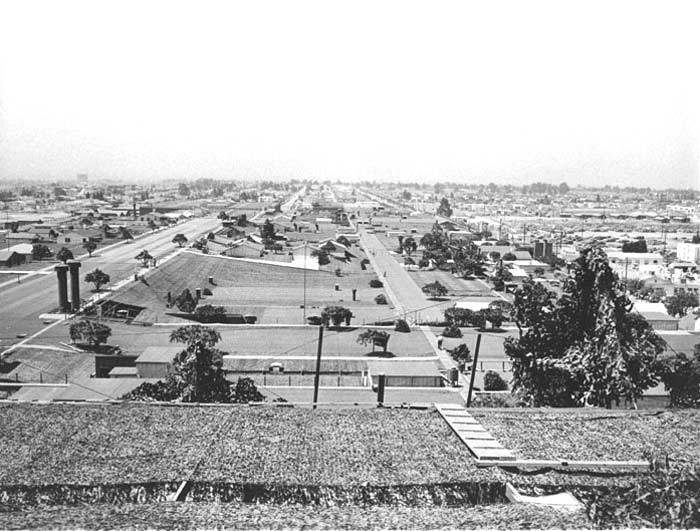 The Lockheed-Vega plant, in Burbank, was hidden completely below a complete blanket of cover. It gave the appearance of a suburban area, rubber vehicles and quaint, peaceful neighborhoods were painted on canvas. Hundreds of fake shrubs and trees were placed around the area to make the area look more three-dimensional.

Keeping up with this illusion took careful planning, as well as timing. The area had to be seen to contain activity, and to do this, people who worked there would often come out and reposition vehicles and appear to be out walking and working (using cleverly hidden trap doors in the canopy). 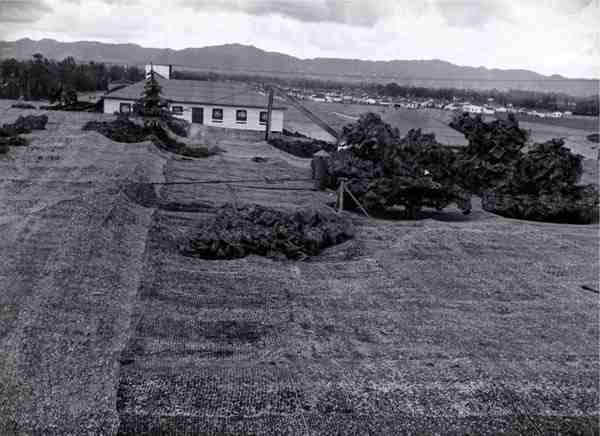 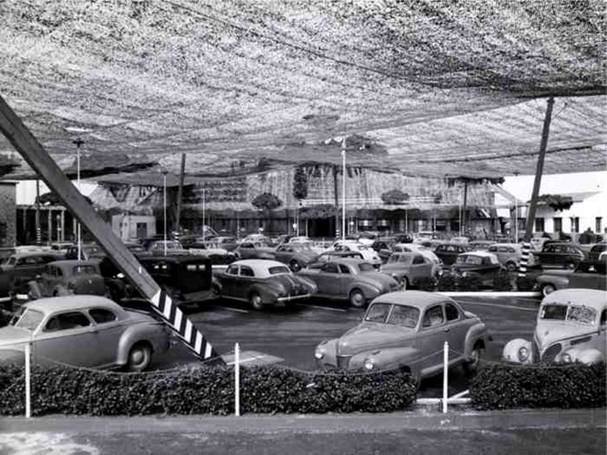