On September 11, 2012, Islamic militants attacked the American diplomatic compound in Benghazi, Libya.  This attack resulted in the death of the U.S. ambassador to Libya, J. Christopher Stevens, and the US Foreign Service Information Management Officer, Sean Smith.  A little later two CIA operators, Tyrone Woods and Glen Doherty, were killed during the second attack on a nearby compound.  Ten men were injured in the attacks.

These attacks have been labeled as the Battle of Benghazi, and any incident as bloody as this, aggravated by the death of an Ambassador, was bound to become the focus of popular literature.  This was the case when Mitchell Zuckoff, a professor of journalism at Boston University, published his book, 13 Hours, in 2014.

He claims that the book is a true account of what happened on that fateful night, as recounted by the five surviving members of the CIA security personnel on the ground in Benghazi.

Zuckoff claims that he contacted the CIA on several occasions concerning the book, and also with requests to interview the CIA operative present in Benghazi.  He says that the CIA only paid attention when the first draft of the book was ready, and then the contact with the CIA was largely focussed around whether or not the contractors had revealed any classified information.

They also addressed some concerns with Michael Bay in his capacity as the director of the film.  When the book was published, the publishers bypassed the normal approvals process; the authenticity of the work was undermined because the CIA did not want the real names of the authors to appear.

The film rights to the book were picked up by producers Michael Bay and Erwin Stoff, and the movie script was written by Chuck Hogan, based on the book.  The central scene in the film, 13 Hours: The Secret Soldiers of Benghazi, revolves around the alleged stand-down order given to the CIA Security team when they wanted to go to the aid of the diplomatic compound as it was first hit.

The issue of a stand-down order has hung like the sword of Damocles over the aftermath of the raid.  Initially, there was conjecture that Hilary Clinton, then the Secretary of State, had interfered and caused the initial delay.  This was refuted by a series of congressional inquiries, and the 2014 report issued by the House Intelligence Committee stated “no evidence that there was either a stand down order or a denial of available air support.”

Though the congressional inquiries found no wrongdoing on the part of anyone, the allegations of the stand-down will not die a quiet death.  The book and the film claim to portray the facts, and they both revolve around the premise that the stand-down command was issued, resulting in the deaths in the diplomatic compound.

In an interview with the Washington Post, the senior CIA office in Benghazi that night categorically refutes the facts as portrayed in the film.  Identified only as Bob to protect is identity, this CIA operative, who has since retired, adamantly denies that he told the team to stand down.

He disputes a number of the book’s claims, including his treatment of the security team, known as the Global Response Team.  The book claims he treated them like shopping mall security guards, but he says that he had the utmost respect for them. “These guys were heroes,” he said. 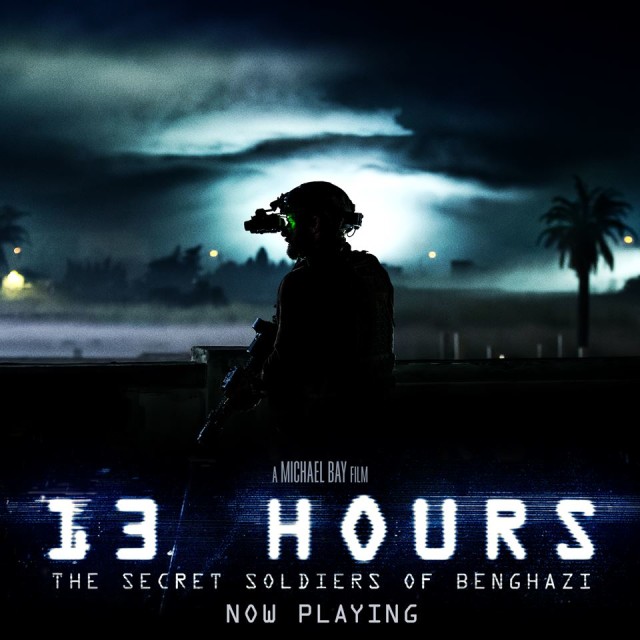 Bob also stated that he had briefed the U.S. Ambassador on the terrorist threats in Eastern Libya when he arrived from Tripoli on September 10, 2012.  No specific threats of imminent terrorist activity were known, but Bob did admit that he had knowledge of the two men who were later implicated in the assaults. The mastermind of the attacks, Ahmed Abu Khattala, has been brought to the U.S. for trial, and his sidekick, Sufian bin Qumu, is still at large.

Bob told The Washington Post that he heard gunfire for the first time at around 9:42 pm and he suspected an attack on the diplomatic compound.  He then began calling on Libyan security groups to try and ascertain the situation and to get drones launched for aerial surveillance.  He is resolute that the rescue of the U.S. Ambassador was always a priority.

Now comes the major sticking point – the film claims the Global Response Team leaped into a vehicle to set off to mount a rescue but were told to stand down by Bob.  He claims that he was concerned for the safety of the Global Response Team and the security of the CIA base, as it would have been vulnerable to attack. But he denies that at any time did he intimate that there would be no rescue attempt, and he maintains that there was no instruction from him to stop.

Bob and the head of the Global Response Team spent some 20 minutes trying to establish a connection with the Libyans but were frustrated at every turn.  The Libyans did not know what to do; some offered to shelter the U.S. personnel, and others did not want to get involved.  When the leader of the Global Response Team realized that the Libyans were not going to come to their assistance, he left with his team for the diplomatic compound, arriving there at 10:03 pm.

They parked away from the compound and approached on foot to find Stevens missing, Sean Smith dead from smoke inhalation, and the attackers gone.  No one had any idea where Stevens was, but eventually, the CIA determined that the Libyans had removed his body and taken it to a local hospital.

At 5:15 am the CIA base came under fire from mortars and two members of the Global Response Team, Glen Doherty and Tyrone Woods, were killed. Another disputed fact came to light in that the female case officer was negatively portrayed in the film while Bob claims that she was calm and collected.

As the sun rose, the Americans abandoned the CIA base after destroying the computer hardware, and left for the airport, escorted by Libyan forces.  Another disputed fact is the film portrays Bob as wanting to stay to collect further intelligence, to the fury of the Global Response Team, but Bob claims that he never said anything of the sort.

So who is right and who is wrong?  It is impossible to tell, but as CIA spokesman Ryan Trapani said, “No one will mistake this movie for a documentary.”   It is true that this is a piece of cinematic entertainment, but it does claim to portray the facts, and as everyone knows, human memory is fallible.

The unfortunate thing is that many people will take at face value what they see on the screen and believe that it is true, a fact of which the CIA and the U.S. government is only too aware.  Is it fair to reduce the actions of brave men and women to a war of words on who did what? Perhaps not, but it adds immensely to the publicity around the film.