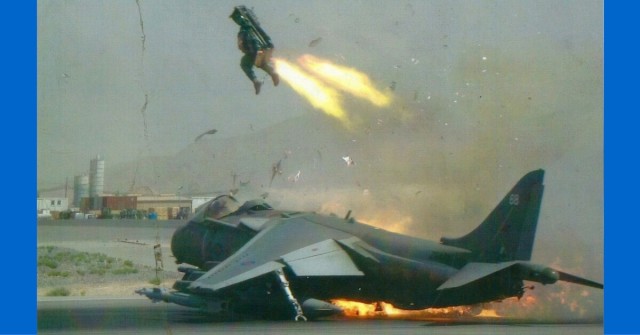 After an uneventful mission over Afganistan, two Harrier Jump jets come in to land back at Kandahar. Because it was very busy they were told by the air traffic controllers to circle for 10 minutes, when clearance for landing was was given they were requested come in fast because of heavy traffic.

The wingman landed first due to low fuel but received a hostile missile alert and released flares. Harrier ZG478’s turn onto finals was too short and at a higher altitude than normal. Throughout the approach, the pilot descended too fast and at the last moment the pilot tried to perform a ‘Hover Stop’ in an attempt to correct this.

The plane slammed into the runway causing the carriage to collapse and the plane to slide forward on its belly. This caused the plane to catch fire as it slid along the runway, heading for a formation of four aircraft waiting to take off.

The pilot managed to steer away from this danger and only when it the pilot was sure the Harrier would come to a standstill in a ” safe”  place, did he eject from the plane. Fantastic!

The plane was a complete write-off but nobody was hurt.