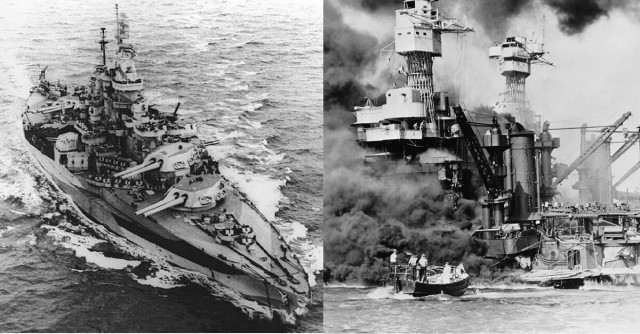 A new series made for video has documented how people across the US are making a difference in a positive way to the communities and people around them.

‘The Heart of America’ has chosen one its subjects – Bob Wheeler – a World War Two veteran who spent most of his life as a musician. The only time he stopped playing music full time was when he joined the US Navy during World War Two. However, even then Bob found his way into a role with the US Navy Band playing the clarinet.

Bob served on one of the ships that had been hit and repaired after the attacks on Pearl Harbour, the USS West Virginia.

When the attacks happened on December 7, 1941, Bob was working at the Beverley Hills Country Club in California. He said there was a show going on which they stopped as US President Franklin D. Roosevelt made his famous speech to Congress stating that the US was now at war with Japan and Nazi Germany.

The band Bob played with on his ship consisted of 20 players, and they went wherever the USS West Virginia did. He said that they travelled to the Pacific theatre of war and headed towards the Philippines with ships as far as the eye could see across the ocean’s horizon.

Bob’s ship took part in the Battle of Leyte Gulf and he recalls how they were hit by a Japanese kamikaze plane, but the bomb aboard the aircraft was luckily a dud and so it did not explode upon impact, saving the ship and its thousands of crew.

Bob says that the worst thing he saw in his life was Mount Suribachi on Iwo Jima Island when US troops invaded the island and tried to take it from the Japanese occupying force.

Bob says that the USS West Virginia arrived about four or five days into the battle and their ship was tasked with shelling the enemy positions from a distance. He remembers seeing the ground troops simply mowed down by enemy gun fire, yet Bob and his crew were helpless except for their bombs.

Bob met the photographer who took the image of the men raising the flag on the top of Mount Suribachi, which became a symbol of success for the American troops. The men, Bob says, were preparing themselves for an invasion on the Japanese mainland, but then without them even knowing the atomic bomb was dropped on Nagasaki and Hiroshima and before they knew it the war was over.

Bob was then chosen to play in the band on the USS Missouri where the official Japanese surrender ceremony took place. He recalls how he had to stand and wait in line with the Japanese officials and would have liked to have hit them with his clarinet for everything they had put the Allies through.

After the war, Bob continued to travel and play in bands across the US and overseas, while raising a family.