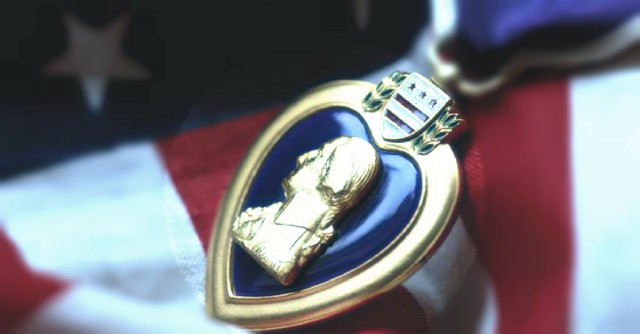 The VA, or Veterans’ Affairs department, recently refused to pay any government benefits to a decorated World War Two veteran.

The veterans name is Emil Limpert, and he is in his 90s. He fought in the Pacific during the Second World War, and was awarded a Purple Heart after he was wounded in battle. But now, reports from his hometown in St. Louis Missouri, say that after Limpert submitted his paperwork to receive payment for medical care, the VA responded that he needed significantly more paperwork to prove that he actually served in the military and was wounded.

The VA sent a letter to Limpert, saying that “we can’t accept it because we have got no record of you being in the service,” as Limpert himself said. He called himself, jokingly, the “unknown soldier.”

He received his wounds while fighting in the Philippines against the Japanese in the final years of the Second World War.

“There were four guys in there, and two guys got killed,” Limpert is reported to have said. Of the two who survived, Limpert and one other man, both were severely wounded – the other man lost his leg – when a grenade landed in their foxhole and exploded. The other man had four wounds in his leg, and Limpert himself received significant wounds as well, though he was lucky compared to his former comrades.

Limpert told reporters that he was out of money, living in an assisted-care facility, and had sold most of his possessions to pay for the mounting cost of his healthcare. He only applied to the VA when he had nothing left and was desperate.

Though his application, included, the following, his discharge papers, the names of those in the foxhole with him, and photograph documentation of X-rays of his leg, as well as his Purple Heart and two other medals he was awarded during his time in the service, the VA still claims that he has not sufficiently proved that he ever served in WW II.

The VA asked Limpert to send affidavits from men who served with him, but there is a problem, most of them are already dead. They also asked for the name of the hospital where he was treated. However, this was an army hospital, that Limpert says does not exist, because he was serving deep in the jungle.

Unfortunately, Limpert appears to be suffering from because much of the documentation that he needs was lost in a fire in Overland, Missouri, that destroyed millions of service records. This fire has  often left veterans without adequate proof of their service and therefore not entitled to any benefits. Let us hope that the VA do the right and recognize Limpert’s service so he can get the entitlements that he richly  deserves.