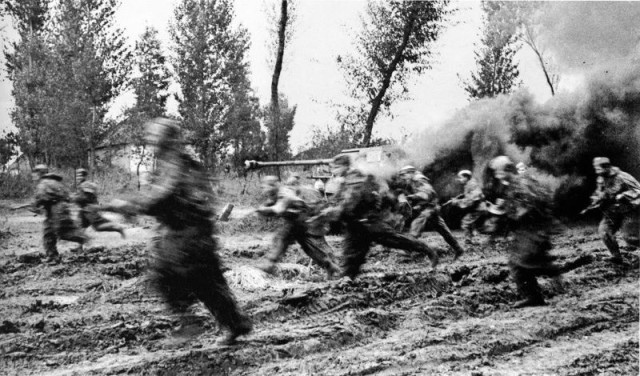 Sergei Mironenko, who had held the post of director of the Russian State Archive since 1992, was removed from his post less than a year after exposing the popular Soviet World War II Panfilov legend as “fiction” and pointing  out Soviet “myths” in front of government bigwigs.

Mironenko was made head of research at the archive.

On March 16, he said in an interview with RFE/RL’s Russian Service that the change was the result of a “collective decision.” He claimed that his earlier statements which were at odds with the authorities, including Culture Minister Vladimir Medinsky, were “not the deciding factor.”

However, the Russian paper Moskovsky Komsomolets, has sources who claim that Mironenko was very well regarded by his colleagues and that the conflict with Medinsky may indeed have led to his dismissal.

Mironenko had been the head of the archive since it was established nearly 25 years ago during the openness that followed the collapse of the Soviet Union.

Vladimir Putin’s government was not pleased with Mironenk when, in July 2015, he published formerly classified correspondence between Soviet officials in 1948. The communications undermined the legend of Panfilov’s 28 Guardsmen, that a group of Soviet soldiers led by died battling German tanks on the outskirts of Moscow in the winter of 1941-1942. The soldiers were decorated posthumously. Nowadays, streets are named after them. A film about them, which is backed by the Culture Ministry, is due out in May.

According to the document released by the Archive, Soviet officials recognized the legend as being untrue when some of the supposedly deceased soldiers turned up alive.

On July 20, Mironenko gave another interview where he stated that the Panfilov legend was a deliberate “falsification.”

Such openness  by an official state agency is unusual in the era of conservatism cultivated by Putin in his third term. It also contradicts the official version of the Soviets’ World War II victory, which is now very popular and pervasive  in Russian culture, where there is a pervasive mood of Soviet nostalgia.

The publication received an angry response from the Culture Minister. He expressed the opinion that Mironenko should remain a neutral archivist and not evaluate documents. He should “change profession” if he wants to be a “fighter against historical falsifications,” Medinsky said.

It wasn’t the first time Mironenko upset authorities. In June 2015, he railed against Soviet myths during the World Congress of Russian Press.

At that time, Mironenko debunked the Panfilov legend and he also criticized Josef Stalin. He claimed that the Molotov-Ribbentrop Pact that divided eastern Europe between Nazi Germany and the Soviet Union during World War II should actually be called the Hitler-Stalin Pact.

Culture Minister Medinsky is under some pressure himself. On of his deputies, Grigory Pirumov, was arrested by the Federal Security Service (FSB) on March 15 in connection with a corruption scandal.