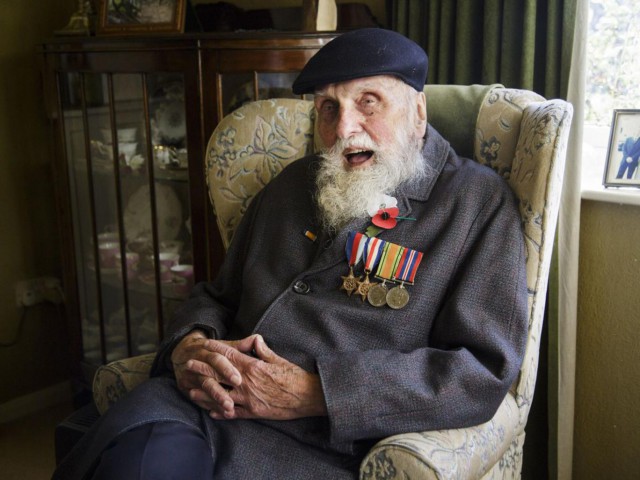 George Evans, aged 92, of Wellington, Shropshire, has been part of the town’s Remembrance Day parade for the past twenty-five years. The veteran of the Normandy invasion in WWII had the job of reading the traditional poem in honor of fallen soldiers at the memorial service.

However, last year, he went off-script by reciting a poem called “The Lesson” that talked about forgiveness, peace, and the need to remember fallen enemy soldiers as well. As a result, Mr. Evans was told his services were no longer required.

Mr. Evans is confused as to why his poem offended the Wellington Royal British Legion. “I’m rather disappointed. I still don’t know who I offended, and what I said that offended them. I have no intention of upsetting anybody. I’m a pacifist, and pacifism isn’t supposed to upset people,” he said.

Mr. Evans believes that none of the words used in his poem were offensive. He shared a quote from the poem: “I remember my friends and enemies too. We all did our duty for our countries. We all obeyed our orders, then we murdered each other. Isn’t war stupid?”

Catherine Wyld, a representative of the legion, commented, “The remembrance parade is held by the legion and many, many people were offended by what he said last year. He keeps going on about peace and that we don’t want peace—but we do want peace.”

She also added that “[Mr. Evans] says things which are not of importance on that day—that day is a remembrance event. We offered him a compromise four or five times and he was not happy. He just walked out of the meeting.” Ms. Wyld believes that the Remembrance Day parade is the wrong time and wrong place for talking about peace. She thinks it is high time Mr. Evans stepped down, especially as he refuses to stick to their given script, The Telegraph reports.

The legion has not yet decided who will be replacing Mr. Evans in the parade. However, Ms. Wyld hopes to get someone younger, especially in remembrance of the fallen men in Iraq and Afghanistan.