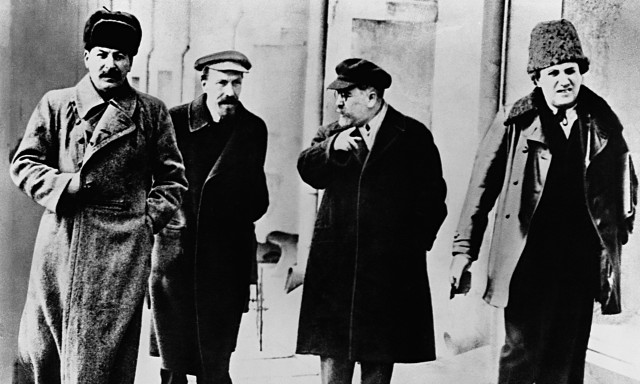 The Observer released never-before seen documents from a secret archive in Sweden’s immigration department that officially confirm, for the first time ever, the identity of Britain’s most successful WW2 double- agent, “Outcast”.

The documents brought to light by Swedish Researcher Anders Thunberg also suggest that MI6 agents may have played a large role in staging the most successful political smear campaign in British history – The Zinoviev Letter.

Alexis Bellegarde, known as code-name “Outcast”, was an expatriate of the Russian Aristocracy who died in 1945. He was a double-agent that the M16 described as “one of the most successful spies against Germany that the 1939-45 war produced.”

The Zinoviev Letter was a communication between the leader of the Communist International in Moscow, Grigory Zinoviev, to the members of the Communist Party of Great Britain in 1924. Detailing a supposed trade-deal being negotiated between the Soviet Union and the British Labour Government that would open the door to the radicalization of the British middle-class.

Just days before the election the letter was leaked to the Daily Mail, and the outrage that ensued is believed by many to be what caused the landslide federal victory for the Conservatives.

Prof. Tore Pryser, an expert on WW2 espionage in Scandinavia, said that the documents prove the identity of “Outcast” once and for all, commenting, “After Thunberg’s research, I am 100% convinced that Outcast and Bellegarde are the same person”.

According to the authoritative book MI6: The History of the Secret Intelligence Service by Professor Keith Jeffery, Bellgarde “escaped from Tallinn with German help, but at the price of agreeing to work for the Abwehr [German military intelligence] Russian section”.

He had only been working for the Abwehr for a month when he switched sides and began working for MI6’s Helsinki station. It was September of 1940.

For the duration of the war Bellegarde provided details of the success of RAF bombing strategies, movements of troops, and internal power struggles in the German regime between the Abwehr and Nazi SS intelligence service. All the while, he was feeding MI6 disinformation back into the Abwehr, The Guardian reports.

It is rumored that Bellgarde’s ties to the M16 may have been cultivated long before WW2 began. According to his widow, Irina Bellegarde, Alexis was also responsible for drafting the now infamous Zinoviev Letter. In an interview to the Sunday Times in 1966, Irina said that her husband had been contacted by another Russian double-agent who said the forged letter had been requested by  “a person in authority in London”.

Bellgarde’s only son, Michael Bellegarde from Suffolk, said he knew without a shadow of a doubt that his father was the infamous agent Outcast. “MI6 just will not, as a matter of the Official Secrets Act, disclose the name, but there are so many similarities.”

But unlike his mother, Michael believes that his father may be solely responsible for the forgery of the Zinoviev letter. He said that his father was  “a tremendous Anglophile” long before the Russian Revolution, and that he believes his father orchestrated the letter in a desperate but successful attempt to prevent an Anglo-Soviet trade deal.