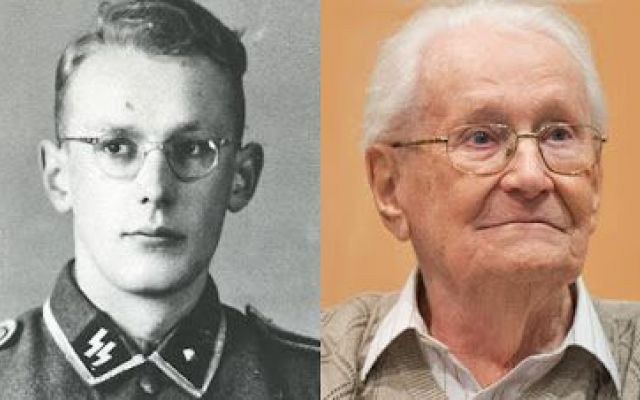 Earlier this month a 94 year old ex-Nazi officer who worked at the Auschwitz concentration camp during World War Two was charged with accessory to murder and was sentenced to four years in prison. Now Oskar Groening’s lawyers have launched an appeal.

Oskar was an SS officer during the war and was deployed to Auschwitz to collect any money prisoners entered the death camp with. He would then count the stolen money and send it to Berlin to be entered into the Third Reich’s banks. Oskar also collected and guarded the prisoners’ belongings as they arrived off the trains.

The trial has been taking place in the northern German town of Luneberg and began in April this year.

Oskar was charged with accessory to murder of 300,000 prisoners who were killed at Auschwitz during the time that he worked there. Since his sentencing last week, Oskar remains a free man and will remain so until all the appeals are heard and a final decision is made.

Oskar’s legal team have appealed stating that the judges should offer a reduced sentence because it has taken so long to bring him to trial, 70 years after the end of World War Two.

Oskar’s role at the camp has tested Germany’s legal proceedings for what it considers ‘guilt’ to be, given that he did not actually take part in killing the prisoners. The period the charges refer to is from May to July in 1944. At that time there were thousands of Jews and other prisoners being brought to Auschwitz from across German-occupied Europe to be put to death.

Oskar has always said that he bears moral guilt for what happened at Auschwitz and wants to ensure that through his trial no one can dispute whether or not the Holocaust took place, the CBS News reports.

Oskar was investigated in the past, as part of legal trials and investigations against ex-Nazis, but he was never taken further until now.

In statements to the court, Oskar said that he could not conceive now how he blindly obeyed the Nazi party and all they stood for, especially when working at Auschwitz and seeing what happened there.

Oskar said that he denied what was happening at the time was wrong, but that now it is impossible to explain. He says that obeying the Nazi leaders without question was convenient and made an easy life which many grew up with and automatically adhered to. It became indoctrinated in the German people and so the murder of thousands of prisoners was barely registered in the peoples’ consciousness.