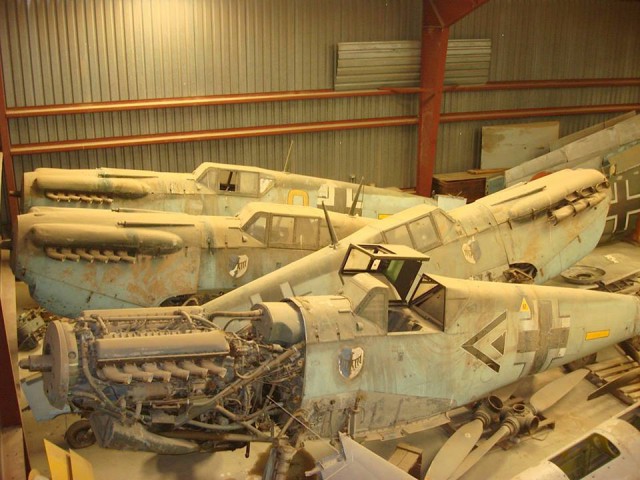 A Texas collector was the owner of one of the biggest World War Two aircraft collections. This was little known since it had been a private collection and had never been opened to the public. The planes are now sold and on their way to their new owners.

The collection was revealed when a journalist and photographer covered the story on behalf of the US Aircraft Owners and Pilots Association. The collection is owned by Texas oil magnet Wilson Edwards. Over the years he has collected more European World War Two era fighter aircraft than even the Smithsonian National Air and Space Museum in Washington, D.C.

Wilson said that the aircraft are kept in a secluded airfield hanger near his home and that he had never intended to collect so many of the aircraft. However, it was when he came across his first RAF Spitfire that had fought in the Battle of Britain that he became hooked on the vintage aircraft. He went on to purchase six Spanish Buchons and other small US World War Two aircraft.

In considering how he can afford to buy and look after all of the aircraft, Wilson says that he was lucky to have inherited his family fortune originating from the land his family had owned for generation and from which an abundance of oil and gas has been mined. Further in the 1970s he had made a good investment in what was to become one of the US’s most famous brands, Walmart.

Wilson’s passion for aviation stems from his own experience as a pilot from the age of 16 onwards. He even took part in the 1969 movie, The Battle of Britain, as a stunt pilot working alongside such British stars as Michael Caine. As part of his role in orchestrating the dogfights on the movie, Wilson went on to negotiate the purchase of some of the planes used in the film.

So he put the Battle of Britain planes for sale and non-negotiable prices totaling more than $15 million, reported AOPA, and they sold in days, all to buyers in their home countries; the Spitfire went to England and the Buchons back to Spain. So these instrument of world history left an obscure West Texas hangar.