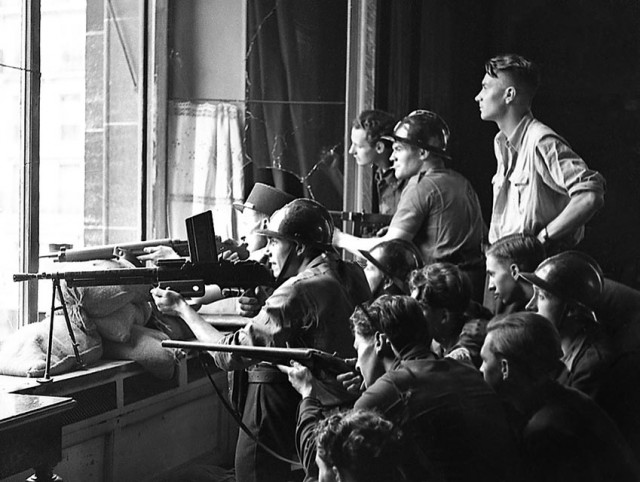 The battle to liberate France from the Nazis during World War Two was fought not only by the Allies but also a large contingent of little-celebrated Communists and foreigners.

A new book called French Resistance, Fighters in the Shadows, is being published in September to tell the story of France’s forgotten resistance fighters.

When President Charles de Gaulle stepped in to head France’s provisional government after the country’s German occupation, authorities pushed the line that France had been liberated by its own forces, supported by the Allies. The statement was an effort to reunite and bring the country together after it had been occupied and divided for so many years.

It was both military force and the never relenting resistance movement that enabled a two-pronged attack on the Germans.

The first French troops to enter back into Paris in 1944 were from the French Second Armored Division led by General Leclerc. Leclerc had famously achieved great advances against the Germans in North Africa, after which his troops took leave in England before taking part in the D-Day landings at Normandy.

Eisenhower, who had been given overall command of Allied troops during the D-Day invasion, had wanted to push the German retreat out of Paris to the city’s north, but General de Gaulle insisted that Leclerc take a leading role in the attack.

A week before it took place, the French resistance was called upon to support the incoming ground troops. It was the French Forces of the Interior (FFI) led by communist-linked, Henri Rol-Tanguy, who took up the baton. However, his men lacked weapons and only had a total of around 600 men, but it swept through all parts of Paris society from transport to social life, shops and even the police.

Nevertheless, not everyone in France was grateful for this resistance support, since it was feared that the Communist-backed faction could seek power as the Germans retreated. Fortunately, local authorities negotiated a peace treaty with the German military leaders in Paris, The Telegraph reports.

Many French people saw the liberation of France as an ongoing battle with fascism, ongoing since the Spanish Civil War caused by Franco in 1936 and it would not end until 1949 with the Greek Civil War.

At the time, General de Gaulle did not mention the role of foreigners and with that their role was forgotten. Today, commemorations for the liberation of Paris focus very much on the French involvement in the fight.