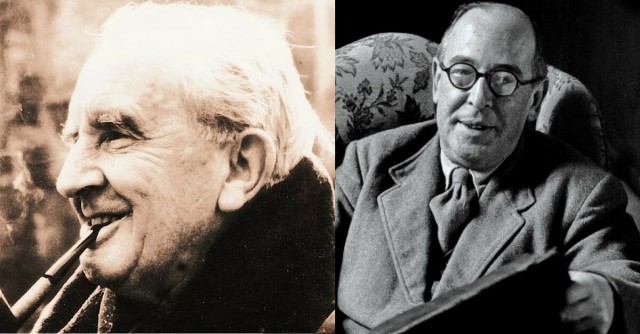 A new book tells the historical accounts of two of the most successful writers of the 20th Century during World War One – J.R.R. Tolkien and C.S.Lewis. ‘A Hobbit, a Wardrobe, and a Great War’ is written by historian Joseph Loconte and it mixes reality with biography of the two authors and their role in World War One.

Loconte has used a variety of materials to include in and form the book including accounts from the literary world, military historians, as well as correspondence from the writers themselves.

Loconte considers how the advances in technology and military capabilities prior to World War One made the war inevitable, but also gave the nations involved the false sense that a war could be quick and decisive.

Leaders across the world believed they were taking part in a ‘holy war’ to defend and protect their cultural and religious roots. The German Kaiser called the German people as ‘chosen by God’ and he believed that he had been chosen to rule Germany by God.

It was the Battle of the Somme that extinguished all of that. It was one of the deadliest and bloodiest battles ever seen. Young men from Britain, France and the Allies along with the Germans joined up to fight on the frontline, because they believed they were fighting for their civilisation, the National Review reports.

Sir Winston Churchill was just 26 years old at the time and had just been elected to the House of Commons in Britain. Loconte comments that Churchill was not so positive towards the start of the war. He warned that such a conflict would end in ruin and exhaustion of all nations involved.

Neither Tolkien nor Lewis were eager towards the war, but mainly for personal reasons. Tolkien’s son, Michael went on to later serve in World War Two and he told him that in his day young men had to join up otherwise they were frowned upon.

Tolkien was 22 when World War Two began and waited until he absolutely had to join the army in 1916.He was sent to France with his battalion and they joined the Battle of the Somme on its third day. He suffered exhaustion, and saw the horrors of the frontline, but survived when he contracted trench fever and was sent home to recover.

Lewis was just 16 years old when the war broke out and he hoped that it would be over before he would be forced to enlist. However in 1918, when Lewis turned 18, he attended officer’s training in Oxford and joined the Somerset Light Infantry before being sent to France. He spent three months on the frontline before also contracting trench fever and was deployed to the north of France to recover.