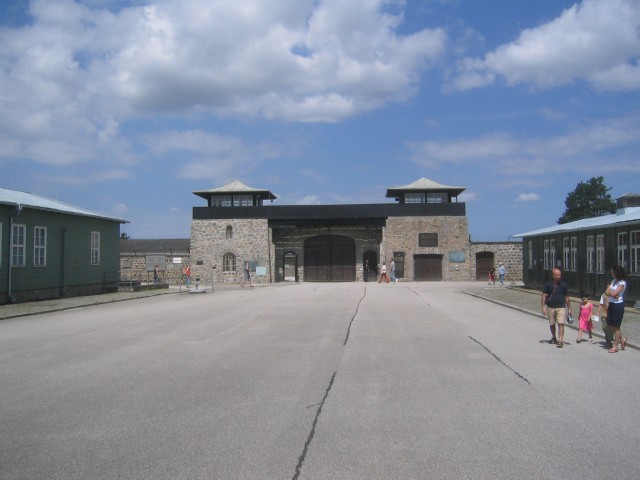 The World War Two concentration camp Mauthausen-Gusen was one of the last to be liberated by Allied troops at the end of the war. The camp located in Northern Austria, just south of the city of Linz, was the central camp for a group of more than 100 labour and death camps in the surrounding area.

When Allied troops reached the camp they were prepared for the scenes to unfold just like the other camps that they had already liberated. However, instead of the almost 100,000 prisoners who were documented on the Nazis’ prison list, there were only 40,000 prisoners left in the camp. Excavators believe the missing may be buried in a mass grave.

The war time troops found that a some prisoners had been marched to the banks of the River Danube and shot dead, while almost 10,000 Jews were evacuated. Where the rest of the prisoners were has remained a mystery until now.

Researchers now believe that an underground network of tunnels exists under the small nearby town of St Georgen an der Gusen, where the remaining prisoners’ dead bodies will be found.

Further, it is thought that the people were killed in the tunnels in order to cover up the Nazis’ atomic weapons development programme on which the labourers had been working on in the underground science facilities that the Nazis had built there.

A team of excavators has been sent to the site to open up the tunnels and find out what is inside, while a documentary is being made about the tunnels and the excavation. They believe that they will discover the mass grave of up to 40,000 people.

The tunnel network is thought to span around 75 acres and would have been built by the concentration camp prisoners themselves under Nazi command. The tunnels not only housed scientific facilities but it is also believed that they were used to store weapons and ammunition, and even factories for producing parts for fighter jets.

During the war, more than 300,000 labourers are thought to have died because of the atrocious working conditions, The Mirror reports.

The section that the team will be excavating spans 12 miles and they think this is the area that may have been used for atomic research and bomb development.

The excavations actually began three years ago, but a secret entrance was discovered to this untapped area just at the end of last year. Plus the team is seeking to get a permit in order to continue their work.