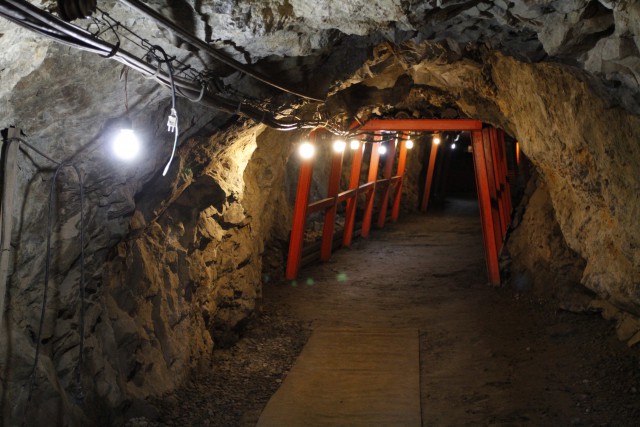 A secret network of World War Two tunnels built by Japanese troops are giving an insight into what it was like to live and fight in the Pacific theatre of war.

For more than 70 years the network of tunnels has remained untouched, but now they have been uncovered under a high school and college campus. They were dug by the Japanese Imperial Navy, where they based their headquarters during the final few months of World War Two.

The underground complex acted as the command centre for the Japanese Navy’s commanders from where they could plan and execute major battles including Iwo Jima and Okinawa.

The property is owned by the high school that now exists on the site and was opened to the public for the first time in commemoration of the 70th anniversary of the end of World War Two.

Historians say that these unique war time findings are important for younger generations to understand what the people went through during the war, and to prevent it from happening again.

During the war the school and college campus did exist but it was taken over by the Japanese military and the students were sent away to fight in the war or to return home. The campus is in Yokohama to the south of Tokyo and was said to be the ideal location since it was near to both a naval base and headquarters in Tokyo.

The tunnels weren’t dug until 1944 and the Japanese used its own troops and Korean labourers to dig them. Records suggest that the majority of the complex was up and running within a few months. More than 125 stairs were built into the complex so that commanders could get in and out of the underground facility, the Yahoo News reports.

The top commander’s room was cemented and had mats as carpet, as well as a door. He was even provided with a fully flushing toilet.

Ventilation was crucial to the underground complex, as well as storage rooms for food and supplies, and cable for communications. The network is around 30 metres underground and is around 2.5kms long.