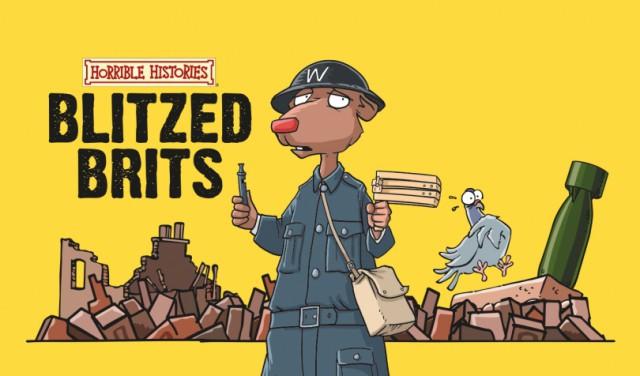 Manchester’s Imperial War Museum (IWM) has launched its new exhibition on the Blitz. Seventy five years ago this year Britain came under its first massive bombing raid from Nazi Germany and spent the summer of 1940 living in the shadow of incoming Luftwaffe bombers.

The Nazi bombing campaign over Britain lasted 57 days from July to September 1940. During peak raids London could be clouded by around 350 German bombers alongside 600 fighter planes, which would protect the bombers from the Royal Air Force’s Spitfires and Hurricanes.

It was the Blitz that made World War Two real for most British people, since up until then the war had always been fought on mainland Europe.

This month the IWM at Manchester has opened its new exhibition to document and display artifacts, information and history about the Blitz. The exhibition has taken on a theme of ‘Horrible Histories’, which is a popular historical series of books for children. The museum hopes that by using a theme that children can relate to their parents will bring them to the exhibition and they can learn about war time Britain during the Blitz.

The exhibition is an all-round experience for visitors with not only things to look at but they will also see and hear the sights and sounds of Britain during the summer of 1940. They’ll be able to walk through a house from the 1940s, sit in an air raid shelter, as well as having a taste of stew on rations, The Telegraph reports.

The artifacts on display at the museum include a cigarette lighter belonging to an air raid warden which had been hit and dented by shrapnel, the owner of the lighter said that he thinks it saved his life since it was in his top shirt pocket and blocked the shrapnel harming him. There is also green and yellow paint on show, which during the war would turn red if poisonous gas was released. The government ensured that the paint was used on letter boxes, walls and on military vehicles so that everyone would know as soon as poisonous gas had been released.

There are anti-aircraft guns on display which could have hit targets 7kms into the sky, as well as remnants from crashed German planes. In addition an accordion which belonged to a sapper at Dunkirk is being exhibited and pressed flowers kept by evacuees who lived outside of London during the Blitz.

All of the objects are part of the IWM’s collection of war artifacts, kept at RAF Duxford in Cambridge. Many have been donated by their owners or descendants of the owners as they want to preserve the war experience.

A gas-proof dog kennel and a bomb-disposal hammer are among the most unusual of the objects.