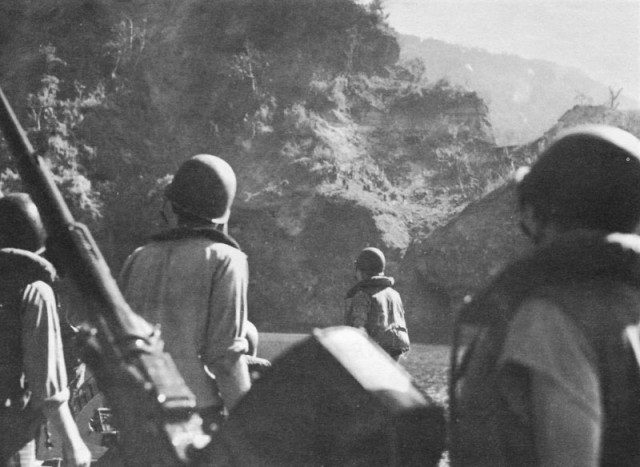 In lieu of the coming 71st anniversary of the battle to recapture Corregidor, let’s look back at this small rocky island’s rich WWII history which was once known as America’s Fortress in the Sea.

The tadpole-shaped island is located at the mouth of the Manila Bay, and was used by the Colonial Spanish government to defend Manila. Even before the Americans came, it was already equipped with a lighthouse to guide coming ships to the harbor and became a stopping point for  vessels where the Spaniards would check  their documents before they were allowed docking rights and entry into Philippines’ capital city. The island was also defended and was known as the ‘Gibraltar of the East’.

The Americans, after taking the Philippines from the Spanish, saw the strategic location of Corregidor and included it in their planned harbor defenses of Manila and Subic Bay. They built various edifices on it — bomb-proof shelters, emplacements made of concrete and other buildings for military use. With its fortification and big guns, Corregidor was transformed into a military bulwark and was a crucial part of the American strategy in the Pacific before the Second World War. It  proved invaluable to the Americans in WWII.

In 1942, the Japanese invaded the Philippines, which they quickly overrun. With one exception and that was the island of Corregidor. the Japanese besieged the island for several months. They bombarded it constantly. The defenders were reduced to starvation rations. However, the combined force of American and Filipino soldiers and marines continued to resist the Japanese. General MacArthur was evacuated from the island fortress after several weeks. However, he eventually led the fight-back against the Japanese in the Pacific. The continued resistance on Corregidor was a source of embarrassment to the Japanese. The American commander at Corregidor Lt. General Jonathan Wainwright, became a national hero in the US.

However, in May 1942, the Japanese once more attacked the island and its garrison. This time they landed tanks and these made the difference. the American and Filipino troops had no reserve and were half-starved. Eventually, the defenders were forced to surrender.  Many of Americans who surrendered at Corregidor became POWs and were sent to the Japanese prison camps. There, they became laborers, working under difficult circumstances. Many died because of the cruelty of their Japanese captors.

Corregidor went down history as the last Pacific outpost of  of the United States to surrender and fall into the hands of the Japs during the early stages of WWII in the Pacific Theater. The valor of the defenders of Corregidor was not in vain. They had delayed the Japanese advance in the Pacific. Their heroism was to inspire Americans in the war in the Pacific.

The battle to retake Corregidor carried a more symbolic meaning, greater than its being a military objective. Recapturing the Fortress in the Sea was how the American soldiers made amends for the horrific fate the Filipino and American soldiers went through in the hands of their captors.