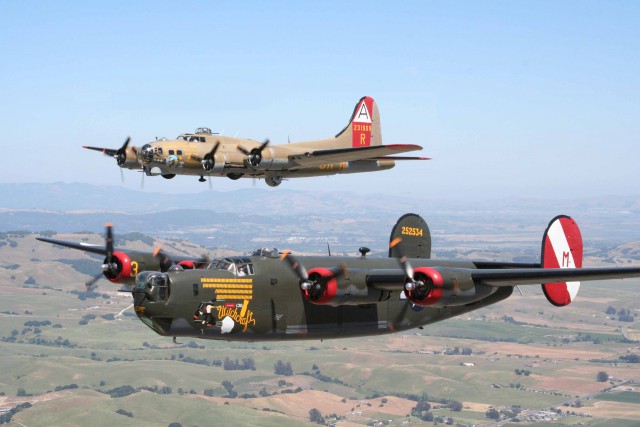 A collector and war enthusiast who proposed his collection be used to create a war collection museum has been denied by local authorities in the town of Stow, Massachusetts, about 20 miles west of Boston.

Robert Collings wanted to create an aircraft museum in his home town of Stow. He has dozens of large vintage artefacts including aircraft, tanks and other military vehicles. However the local authorities in Stow said that zoning laws and concern for the safety of local residents has prevented the museum being established.

Robert and his wife have started the Collings Foundation, so that people can have access to his collection and learn about military history. Robert says that seeing actual artefacts from history brings it alive for people and they can learn so much more from experiencing them rather than just reading about them or looking at pictures.

Currently Robert and his wife house the collection at their home in Stow, but they say that they do need more space for their expanding collection.

Their plan was to create an American Heritage Museum on their own land, which would showcase the collection dating back to the Revolutionary War through to the Afghanistan War.

It is local laws that prevent a large building being constructed on Robert’s land since it is in a residential area. The only way around it is to prove that the building is for educational purposes, which Robert says the museum will definitely be used for.

Some members of the local planning committee don’t think that the building or museum will be used for educational purposes since there is no ‘test’ taken at the end of the experience. The ‘test’ is a requirement for educational buildings in residential areas, which are usually schools and colleges.

Robert has argued that there’s a lot more to education that students and tests, and that people continue to be educated throughout their lives.

Another concern raised by authorities is access to the proposed building. At the moment the only way to reach the Collings’ home is via one single road, there are no other routes available.

In response Robert has proposed that he builds a new access road so that there are two routes for people to get in and out of the property. He says the money to build the road would come from the Foundation, the MyFoxBoston.com reports.

Even though Robert has proposed solutions to all of the problems raised by the authorities, they still haven’t approved his plans. This week the committee voted 3-2 against the museum, but Robert says that he is going to appeal the decision.