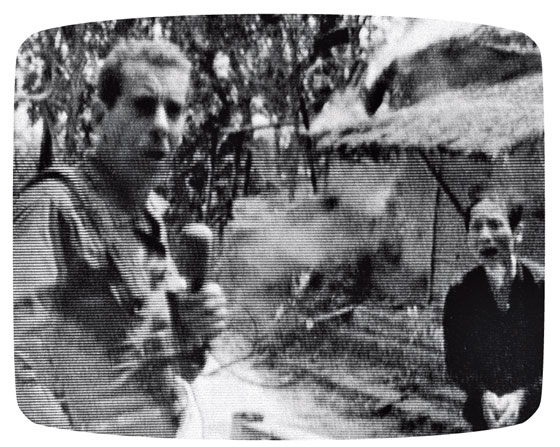 On 5th August a little known Vietnam War anniversary took place. The date marked 50 years since US forces in Vietnam set fire to the village of Cam Ne on the south central coast. In 1965, US Marines took to burn the village down using lighters and flamethrowers, which easily set the wooden buildings and huts on fire, spreading from one to another.

Many historians and commentators say that this incident was a turning point in the war, as images of the burning huts and devastated locals were beamed back home to the disappointment of the US general public.

The first report on the burning village was a CBS News report by the station’s Morley Safer. It was around a three minute report filmed in black and white and followed Safer’s frontline experience as the US Marines advanced on Cam Ne. After ten years of unending conflict in the country, the media was vital to driving and guiding sentiment amongst the US population. President Johnson and his administration was well aware of this and played the media game with aplomb.

When the CBS News report was aired it is rumoured that Johnson threatened the news channel to sack Safer, otherwise he would leak alleged information they had about Safer having ties with the Communist regime. Both Safer and the CBS News channel denied the accusation.

Safer’s report shows him on the frontline with US Marines as they approached the village of Cam Ne. The factual report shows Safer talking to Marines about the village where they believe sniper fire has been coming from. The Marines advance on the village and as the women, children and elderly fear for their lives, the soldiers start to set light to their homes.

Many cry and try to retrieve personal belongings, as in an eerily quiet manner the troops set lighters to the rooftops. Safer claimed that no Viet Cong were to be seen in the village, and suggests that if they were there then they had long abandoned their position with the incoming advance of US troops, artillery and vehicles.