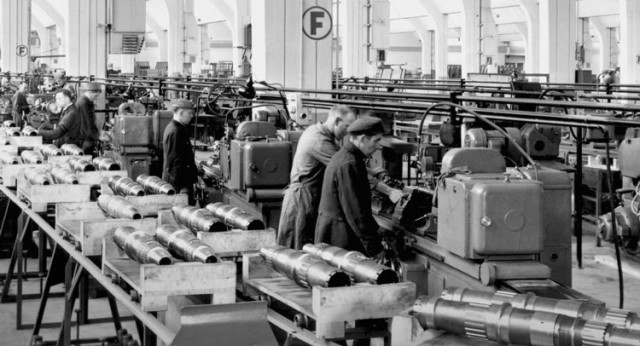 Although it has been 70 years since WWII ended, the memories are still painful for many. Some still have regrets about their place in history. Among those living with regrets is the BMW car company.

Founded in Munich in 1916, Bayersiche Motoren Werke AG is celebrating its centennial anniversary. The celebration has not stopped the company from owning up to the darker moments of its history. The company expressed its “profound regret for the enormous suffering” it caused by using Nazi slave labor during WWII.

The owner at the time was Gunther Quandt. Quandt and his son, Herbert, were friendly with Adolf Hitler and not afraid to use political connections to take advantage of the Holocaust and businesses seized by the government to manufacture weapons, artillery, ammunition and U-boat batteries. The company retained some 50,000 forced laborers and concentration camp prisoners during the war. These forced laborers  were forcibly taken from German-occupied territories or were prisoners of wars.

The forces laborers, from nearly every European country, were often no more than slaves. They were not properly paid and worked in often dangerous conditions. They were also physically abused and there were high death rates among these prisoners. The company at this time, were participating with the Nazis in exploiting these slave laborers and causing untold misery.

BMW wrote, “Under the National Socialist regime of the 1930’s and ’40’s, BMW AG operated exclusively as a supplier to the German arms industry.” They also took the opportunity to remind everyone that they were “the first industrial corporation to initiate a public debate about this chapter of its history with the publication of a book entitled BMW – Eine Deutsche Geschichte (BMW – A German History).”They continue: “Since the 1990’s, the BMW Group has been actively engaging in efforts to promote openness, respect and understanding between cultures.”

The German iconic car maker supplied a range of vehicles to the German army. The Nazis used the superior engineering of the BMW company to produce the vehicles that they needed to wage war from the Urals to Morocco. German companies like BMW, helped the Nazi Party to create a highly efficient war machine and embark on a World War.

The company could have even changed the course of the war, with its engine designs. The company designed some of the prototypes of the first jet engines. Eventually, one of the world’s first jet, the Heinkel HE 162, had a BMW engine. Luckily, it came too late in the war, to alter its course. BMW could have helped the evil Nazi regime to win the war, with its technology and its use of slave labor- the respected company, certainly has a dark past.