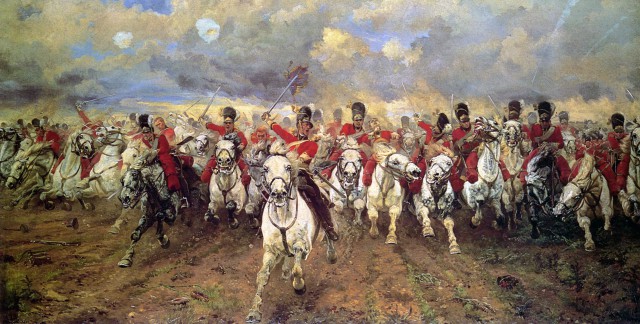 Two hundred years ago, Napoleon, aged 46, escaped from Elba and reached France where he mustered his old army of 123000 men. He dethroned the Bourbon King Louis XVIII, and made himself the emperor of France.

Many states that have opposed him formed the seventh coalition and started mobilizing their armies. In the same year in on June 18, he clashed with Wellington at Waterloo, at hamlet ten miles south of Brussels.

In summary, there were 90 causalities per minute and surgeons performed 2000 surgeries without anaesthetics and most of the wounded died, the Mail Online reports.

The man slaughter at this scale was not to be surpassed until the devastation that caused during the World War I.

Historians agree that without the arrival of the Prussians at the last minute Duke of Wellington might not have been able to defeat Napoleon. And the fact remains that Britain stuck out in the map of Europe after this battle and rose as a global power.  The war also ended the first French Empire and the political and military career of Napoleon.