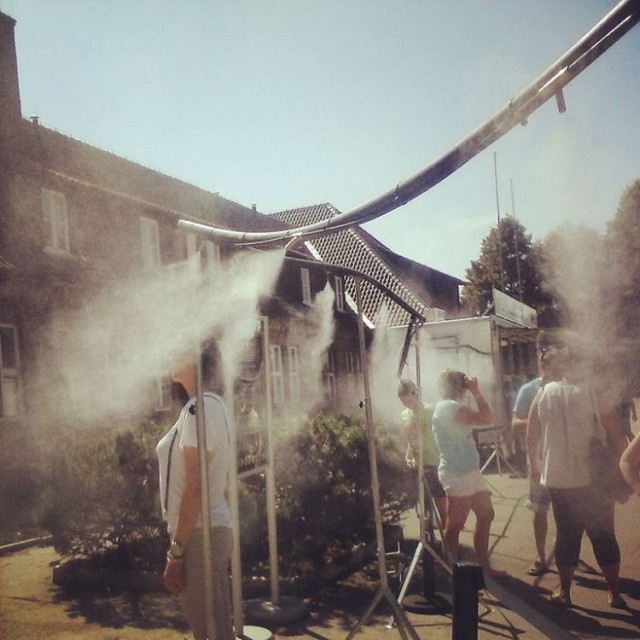 A sprinkler system that has been installed at the Auschwitz Memorial site in Poland has come under criticism for insensitivity to the past.

The Auschwitz Memorial is a visitor centre established at the site of the Auschwitz concentration camp in Poland and is open in order to educate people about what happened at the camp during World War Two.

The memorial’s management decided to install a new water sprinkler system just outside the site of the old concentration camp, with the intention of creating a cool environment for visitors during the hot and humid summer months.

However, upon seeing and experiencing the sprinklers, visitors have been in uproar that the water sprinklers are too close to the truth of the camp’s original purpose. The camp saw hundreds of thousands of Jewish prisoners pass through its gates, after which their belongings were taken from them and they were forced into mass ‘showers’, before being killed by lethal gas, the CNN Edition reports.

The memorial’s management has said that it was never its intention to mimic the awful conditions that the Jews experienced. In an official statement the management said that they installed water misters ensure the air temperature around the entrance to the memorial was kept cool for visitors who were queuing and waiting to enter, since temperatures soared to highs of over 100 degrees.

One Jewish visitor said that she had lost many relatives to the Holocaust at Auschwitz and that the water misters looked like the showers are family had had to endure before going to the gas chamber. Many Israeli visitors who have experienced the water misters have criticised them as distasteful.

Some thought that the memorial’s management could have been a little more sensitive to the connotations of the misters, while some officials at the site don’t understand the criticism.