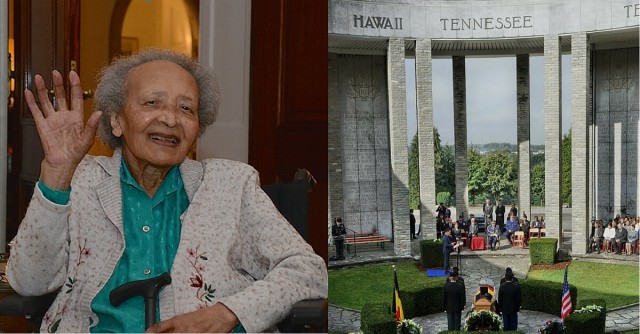 Augusta Chiwy, a World War Two Belgian veteran nurse who saved the lives of numerous US Soldiers in Bastogne during the Battle of the Bulge in 1944 has died at the age of 94.

She featured in the book and US television series ‘Band of Brothers’ and was played by a nurse called ‘Anna’ from the Congo in Africa. 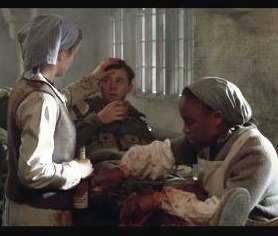 She was honored for her role four years ago in 2011 with the US Army’s Civilian Award for Humanitarian Service and was knighted by the king of Belgium. She provided vital medical support to the US Soldiers who got caught up in one of the Nazis’ last attempts to gain ground during the war.

Augusta Chiwy was located by a British military historian and was traced to where she was living in a retirement home near Brussels. Given her old age, Augusta had succumbed to a condition known as selective mutism, which meant that she couldn’t actually speak about her past or what happened during the war. 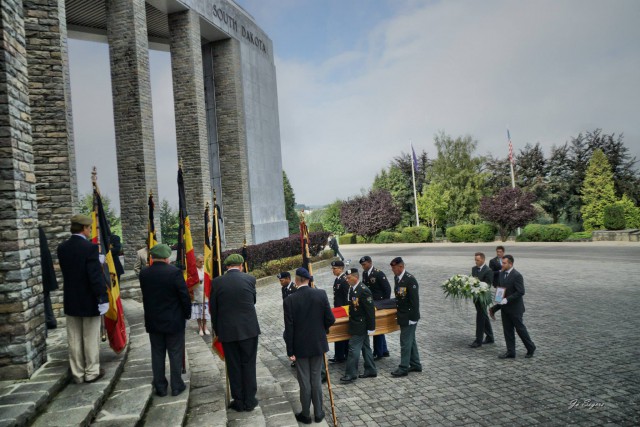 The historian, nevertheless, wrote about her actions during the Battle of the Bulge and during the war in a book published in 2012 called ‘The Forgotten Nurse’, which was followed up with a television documentary about the search for her.

When she was honoured in 2011, Augusta said that what she did was her job and that anyone in that situation would have done the same. However, her biographer says that during World War Two, US Army regulations stated that black nurses were not allowed to treat white soldiers. It was Dr Prior who got around this by telling the troops that she was a volunteer, and that it was either treatment by Augusta or they would die.

Augusta originally arrived in Belgium at the age of nine from Burundi. Her mother had been Congolese and her father was an animal vet from Belgium. Her father returned with their family to Belgium and Augusta began nursing when the war broke out. 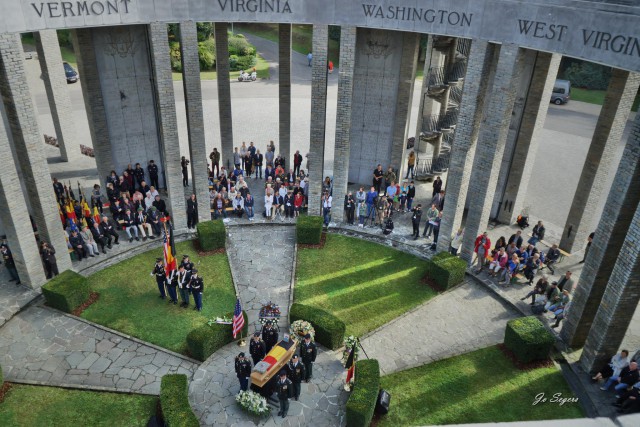 It was the 101st Airborne Division who were transported to Bastogne to stop the advancing German troops, and keep the vital crossroads town of Bastogne in Allied hands. Bastogne was quickly surrounded and a was besieged for 8 days.

Augusta was 23 at the time and had been working at a hospital in the Belgian town of Louvain. She was in Bastogne at the time of the Battle of the Bulge by pure coincidence to visit family. Dr Prior had knocked on her family’s door looking for help after his ambulance driver had been killed. Together they set up a temporary medical station and provided medical assistance to the American soldiers.

Augusta and her friend, Renee Lemaire, volunteered and wore US Army uniforms whilst helping out, even though they risked, if captured, of being shot simply for wearing them.

By Christmas 1944, the worst of the fighting seemed to be over, but a huge bomb was dropped next door to where the medical station was located and Renee and around 30 soldiers were killed. Dr Prior and Augusta survived. 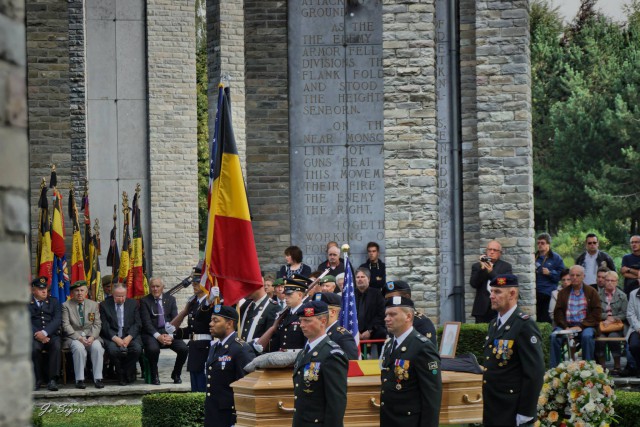 It is believed that the small medical team helped to save hundreds of lives.

During the Battle of the Bulge it is thought that almost 20,000 US troops were killed and more than 80,000 wounded. The Americans refused to surrender to German troops even though they were surrounded in Bastogne. Finally General Patton’s Fourth Armored Division arrived and came to their rescue, The New York Times reports.

Dr Prior and August kept in touch after the war and regularly wrote to each other. He died in 2007.