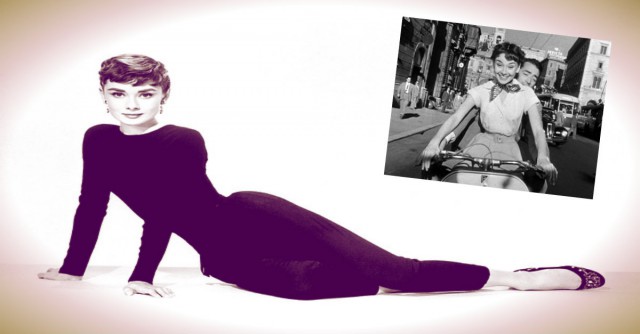 The slim, shapely and elegant body of actress and icon Audrey Hepburn was mostly associated with her love for ballet and the years she spent training for it. However, her youngest son, Luca Dotti, revealed in a book due to be released this month that his mother’s lithe frame was a result of something more evil.

According to him during a recent interview, Audrey Hepburn was extremely malnourished from age 9 up until she turned 16. It was during the WWII-era. “The time she most needed nourishment, she didn’t have enough food,” he added.

The 45-year-old author of Audrey at Home: Memories of My Mother’s Kitchen further explained that when the Nazis locked Holland down in 1944 – a time referred to as the Winter of Hunger – Audrey Hepburn didn’t have enough food to eat that she reached the point wherein her body started failing.

During those times, the future Hollywood icon’s meals were often comprised of endive, the low-calorie green leafy vegetable often used in salads, tulip bulbs that she dug up from the ground and water. This was how she survived. According to Dotti, Audrey Hepburn disclosed that there were times she couldn’t stand up; she felt to weak to make use of her limbs.

“She would spend entire days in bed with a book, thus hoping to expel from her mind obsessive thoughts about food,” he divulged in his book.

By the time WWII ended, the then 16-year-old Audrey Hepburn only weighed 88 pounds [about 40 kilograms].

She also suffered from a myriad of ailments caused by undernourishment — asthma, jaundice, acute anemia and even a serious form of edema which she explained as . . . “It begins with your feet and when it reaches your heart, you die. With me, it was above the ankles when I was liberated.”

Dotti disclosed that Audrey Hepburn became a fierce eater after the war ended one of her favorite foods being chocolate as she associated it with freedom.

A Dutch soldier had given her seven chocolate bars on one of the last days of the war. Audrey Hepburn proceeded to eat them all in one sitting with some condensed milk from a United Nations relief organization. Later on, she supported this group.

Her love for chocolate stayed with her throughout the rest of her life. Audrey Hepburn often kept bars of the candy inside a chest of drawers in her living room. Additionally, she regularly baked chocolate cakes with whipped cream.

Another obsession the slim Hollywood leading lady had was British cigarettes. These were the ones she smoked until she died of cancer at the age of 63.

And as Dotti wrote, his mother remained slim throughout her lifetime even when she had a healthy appetite.