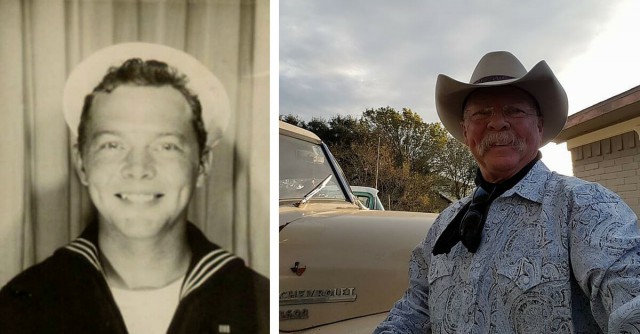 On a hot August afternoon in Houston, Texas in 1967, Smokey Culver had just celebrated his 18th birthday. He was walking downtown at a time when the sidewalks of Houston bustled during the daytime when department stores were bustling, movie theaters and many other attractions to see thrived in that metropolis. The Federal Building was located at 515 Rusk Avenue, right in the middle of downtown. That’s where he was headed to sign up with the Selective Service System and get his draft card. For him it was a big moment, like a rite of passage, a step from boyhood into manhood.

Smokey walked down the crowded sidewalk observing hundreds of people, thinking how each one had his own life, his own story, his own purpose. His purpose was to get his draft card. He felt rather conspicuous, a young man in Western attire and boots. He wasn’t wearing his cowboy hat, as he usually did, not wanting to have to hold it after going into the building. Walking toward the stately structure to get his draft card, he wondered if the people around him realized that this was a special day. He thought about it being a time when some men were burning draft cards, he was proudly claiming his. Tension built within him and he felt like saying, “Hey! I’m going to get my draft card! What are you doing?”

Walking along shoulder to shoulder with people of all ages and ethnic backgrounds, from out of nowhere a pigeon flew down and landed right on top of his head. That noggin was usually protected by a hat, and he was quite startled to feel the feet of a bird grasping his hair and scalp. Pigeons are quite common in downtown Houston, but he had never had encountered one that was so presumptuous to zero in on his freshly trimmed flat top and perch atop his head. The poor fellow didn’t know what to do. Pigeons are not usually aggressive, so there was no threat of his scalp being ripped open by a set of razor sharp talons. It was just a pigeon sitting on his head—apparently bumming a ride toward his destination.

Smokey found it quite curious as he walked along with his companion; he had no desire to disrupt the bird’s journey, and even more odd: no one paid any attention to him. There he was in the middle of hundreds of people on a crowded sidewalk; the only guy wearing a pigeon, and no one gave him a second glance. After about a block, the hitchhiker pushed off and flew away. The brief companionship ended as quickly as it began.

That was nearly 50 years ago, and Smokey often thinks of the day when he wore a pigeon and nobody noticed. He went on to serve on a submarine. His only comment about that experience was “It was a definite advantage being a short man!” Smokey retired from being a railroad engineer for Union Pacific, works with Habitat for Horses, and is an accomplished cowboy poet.

He stated when telling this story: “And I wonder if anyone would notice today. if I were to walk down the sidewalk with a pigeon on my head. Probably not…”