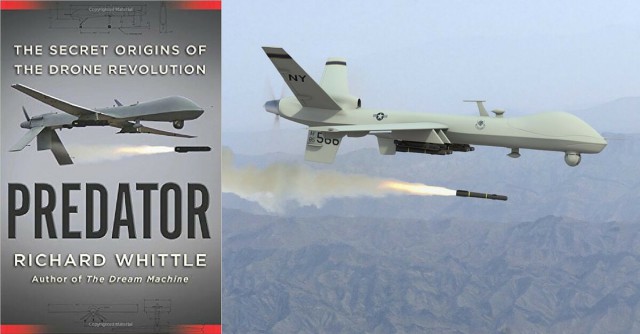 Predator missions and strike footage is today considered to be rather mundane in the world of news media; real time video of ‘bad guys’ being struck by hellfire missiles or smart bombs is no longer the stuff of science fiction. However, it was not that long ago that this level of technological sophistication left its viewers incredulous. Whittle’s book traces the history not only of the development of the UAV (unmanned aerial vehicle), its transition from a purely reconnaissance to a weapons platform and ultimately its adoption and employment in operations throughout the world. He also discusses the challenges related to UAV operations, especially with the addition of weapons to its arsenal and specifically command and control and legal hurdles that had to be dealt with.

Whittle’s premise, that the UAV was a revolutionary surveillance and weapons platform that changed the very nature of warfare, is justified by the end of the book but is also tempered by the degree of difficulty that the UAV program faced by conventional thinking and bureaucratic inertia. Like many breakthrough technologies, it was envisioned and developed by civilian companies who found it very difficult to convince the government and military of its relevance on the modern battlefield.

The book highlights a number of interesting consequences of the UAV program and the advent of new technology onto the battlefield:

Like most revolutionary programs, the UAV (Predator) project was replete with examples of incredible brilliance and breath-taking myopia. Whittle has translated the convoluted development of the UAV into a very readable and engaging book. There are many lessons to be derived from this experience for any entrepreneur or capital procurement program officer. It is very true the adage presented in the book that change requires a ‘seminal’ event to break comfort zones. The UAV project benefitted from one such event in the form of the September 11 attacks and has not looked back.

Chris Buckham is a Major in the RCAF. He maintains a blog of his reviews at www.themilitaryreviewer.blogspot.com