Mark Barnes and James Barnes enjoy another Wargaming roadshow. Thankfully, one of them had some idea what was going on and took notes. It will only end in beers. Words and pictures by Barnes Senior.

The last time we chatted, the WHO Two were freezing their bits off aboard HMS Cavalier, a veteran of the Arctic Convoys of WW2. Rather fittingly an Arctic breeze was blowing through Chatham and a large amount of hot tea was needed to keep the extremities comfortable. The day ended with us enjoying the novel delight of dropping a chap from Belarus off at the railway station. Neither of us knew where it was so our passenger resorted to his phone satnav where a delightful young lady trotted out directions in Russian. “She wants you to go left at the lights.” It was that sort of day.

Those crazy fools at Wargaming were so impressed they invited us to their anniversary event at the Tank Museum and we happily packed up James’ trusty Seat Ibiza for the run down to Dorset. This is a journey that can take either three hours or seven depending on the traffic between Essex and the way out west. Thankfully the journey down, in a monsoon, was not so bad. The return trip would be much, much worse. 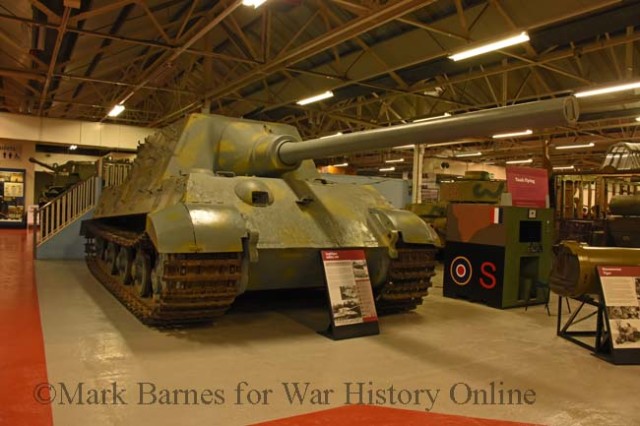 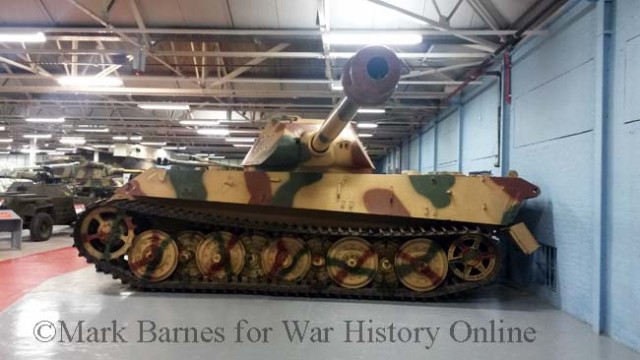 To keep you entertained we have included a few images of random armour. This is a favourite view of ours: The impressive Tiger II. Just as impressive is the massive Jagdtiger.

We arrived at our hotel in Wareham in time to find Frazer from Wargaming making a tactical withdrawal from battle with a parking warden. Wareham is a town founded by the Saxons back in the late seventh century but much earlier activity was going on between three and nine thousand years before the birth of Christ. Cars, therefore, are a bit of a fad. As are kebab shops and places to buy beer after the pubs close; but Wareham is keeping pace with the times. We like Wareham 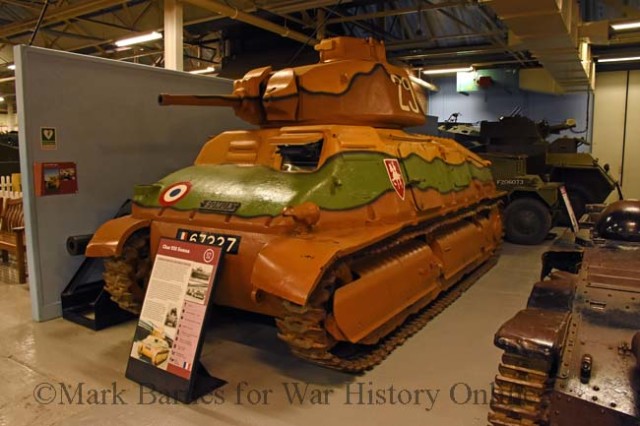 This Somua S35 is one of a number of Blitzkrieg period French armoured vehicles on display. 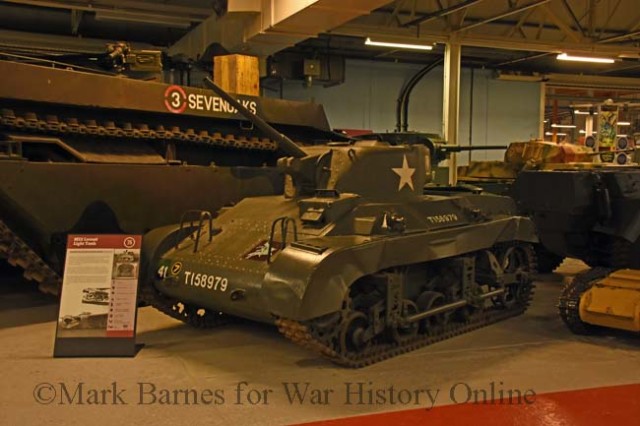 The diminutive M22 Locust was intended for use by airborne forces.

We arrived at the Tank Museum to enjoy a series of addresses from the chaps at Wargaming and our chums from the museum. The event honoured five years of the World of Tanks game and the centenary of the tank, itself. I have to admit that I know next to nothing about computer games and this is where James Barnes fits in. I can tell you a bit about tanks and I guess it is a no brainer for the Tank Museum to commemorate a century of armoured warfare.

Perhaps it is hard to believe that one hundred years have passed since Foster & Company of Lincoln were building the first examples. The singular Little Willie, the world’s first; has pride of place at Bovington. Our guide informed us it had been designed to take a turret, but it wasn’t fitted. I am pleased to have learned something I did not know and that happened a lot over the two days. It is appropriate that one of Little Willie’s neighbours is a Renault FT17, famous for having a turret, establishing the layout for a century of tanks. 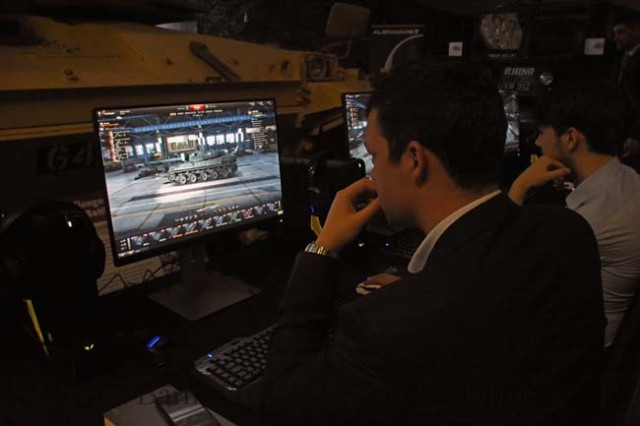 James Barnes gets ready for battle

Jack Beckett appeared with three blokes who I assumed were a boy band he manages in his spare time. Jesse, Curtis and Liam were soon making the most of a row of games consoles along with James; so at least they have a bassist. After about thirty minutes watching them play World of Tanks I confess to being as clueless as ever. What I can say is I was impressed by the range of armour available and the use of exhibits in the Tank Museum to create accurate renditions for the game is a reminder of the link between the two organisations. The new British armour range is a classic case in point. Visitors to the museum can see the actual vehicles that are featured in games.

World of Tanks now boasts tank designs from eight nations and continuous improvements to the imagery and authenticity of how the vehicles move have taken place year on year. If you read my report from Chatham you will know Wargaming put a lot back in for the gains they make. A prime example is at Bovington where they sponsor the annual Tankfest and support other good works at the museum.
One of the highlights of the event was the prospect of a party at the Tank Museum. For those not in the know the chance of a few after hours drinks in a pub round my way is called a Lock in. Here we were enjoying one at the Tank Museum. It was a hoot. There was a large amount to eat and drink and we had a great time making friends with guys from the gaming world.

Wandering around the exhibits, as the Wargaming blurb said; 350 tanks, armed with a gin and tonic is a hell of a way to spend an evening. Be proud: Your WHO Men wore jackets and Beckett went so far as to have a tie. Discretion is the better part of valour and what happens on tour stays on tour. Suffice to say I was impressed to see some of the games journalists still hard at work late into the evening. One pair had their autocue set up and were recording a video segment as we staggered by. The last time I had seen the presenter he was sitting on the Wargaming bus playing a harmonica. 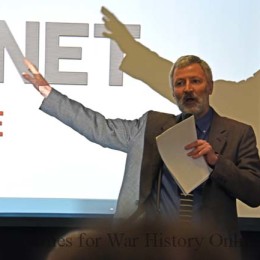 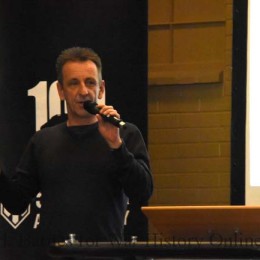 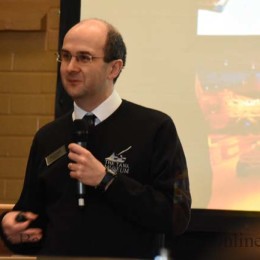 Back in Wareham James and I stayed up until stupid o’clock with a couple of journalists and produce from afore mentioned key establishments of early hours living. Sleep was finally achieved around three thirty. Somehow we managed to get going and be back at the Tank Museum for nine. 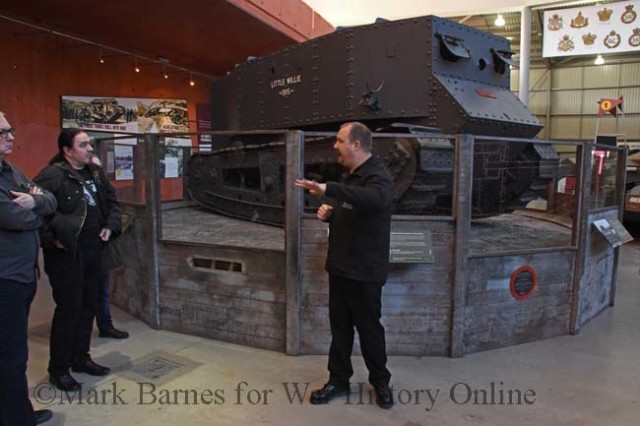 Our guide presents Little Willie, the world’s first tank still going strong over a hundred years after it was built by William Foster & Co in Lincoln.

Tuesday morning offered up a minor classic. We visited the museum’s conservation centre where a vast reserve collection is stored. Look at the snaps; the view is mindboggling. I had known the museum held a large collection not on display in the main hall, but this was staggering. I am reminded of the lady who posted on one of those review websites that the Tank Museum was an okay place to visit but there were “too many tanks.” It’s a good job she didn’t see the conservation centre! 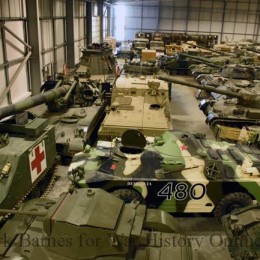 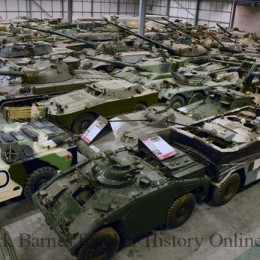 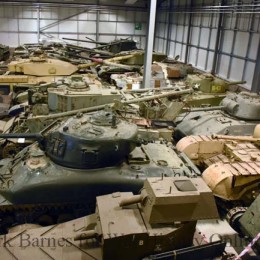 The Conservation Centre in three acts.

After this treat we went to the archive, where I was in heaven, chatting with librarians and archivists while I gawped at some of the earliest blueprints for tanks in known existence. I work in an archive for my day job so this was a superior busman’s holiday for me. The Tank Museum’s archive is a place after my own heart and I can say without doubt the hour spent there was the highlight of the event. After that we had the chance to climb inside a tank; a Great War period Mark IV. We learned a lot about the conditions the crews fought in during the Great War and not for the first time that day we found ourselves discussing pigeons. I guess you had to be there. I never dreamed I would ever get inside a World War One tank. Okay, it is in a museum and is sufficiently modified to accept the likes of me, but the experience is still bloody cool! 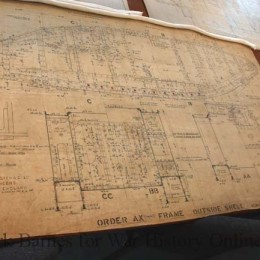 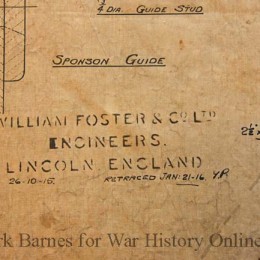 William Foster & Co, home of the Landships of Lincoln 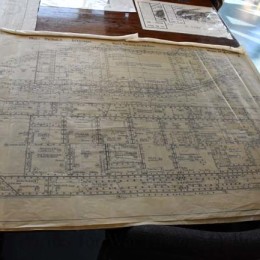 Having the opportunity to view these original blueprints was a highlight of the event. On the left is a 1915 drawing of the MkI tank. Centre: William Foster & Co, home of the Landships of Lincoln. Right: Mark IV plan. 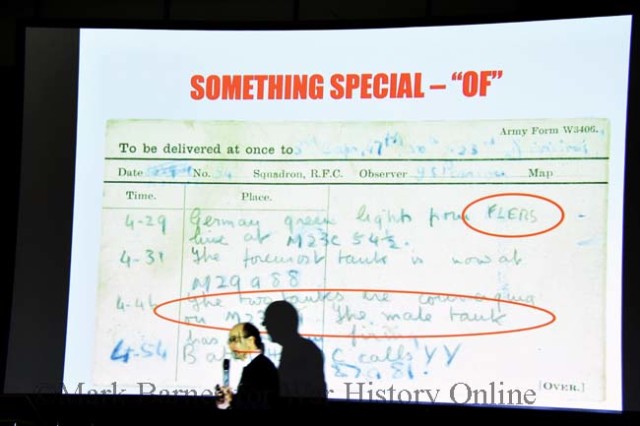 Richard Smith showed us some amazing documents. This message is the first ever mention of tanks in action at Flers during the Battle of the Somme in 1916

Back in the Tamiya Hall we enjoyed several succinct but impressive talks from David Willey and Richard Smith from the Tank Museum followed by Richard Cutland and Tracy Spaight from Wargaming. I took snaps and chatted with Jack. I drank more tea while he just looked good. I hate him. 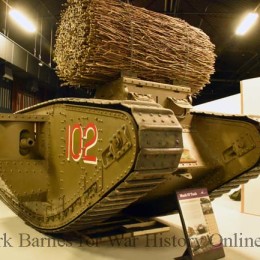 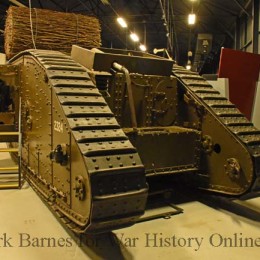 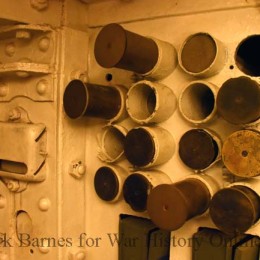 I’m spending a bit of time in early March photographing the heirs of Little Willie as the British Army carries out a major exercise. If the experience is anything like last time it will be a cold, foggy and very tiring rumbling around in a pickup truck. Bring it on! There may be too many tanks at Bovington for some people, but I profess to be happy with the balance! A century on from the first tank engagement at Flers in 1916, the relics of Britain’s place leading the innovation of tank warfare are in safe hands at the Tank Museum. I love the place. The professional, enthusiastic and courteous staff are an impressive team and I always look forward to return visits. The guys at Wargaming are equally as committed to what they do; I just don’t understand much of it, but it is an age thing. Thankfully we have James Barnes and he does. I may be biased, but it is true. 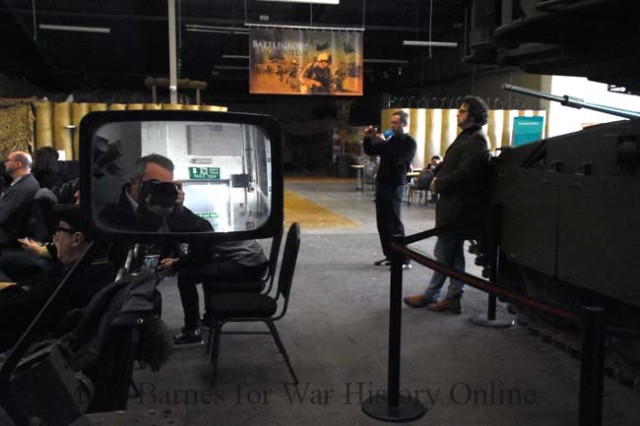 Barnes and Beckett at work…well, one of us is!

Jack got me more tea while I sorted out my kit and caboodle. There was a cliff-hanger ending to get through. Would the WHO Two get round the orbital M25 motorway before the London rush hour started? No. By the time we got home there was little time to prepare for work the next day. Two hundred miles can be made to seem like two thousand.

We will be back for Tiger Day in April. Be there or be somewhere else!