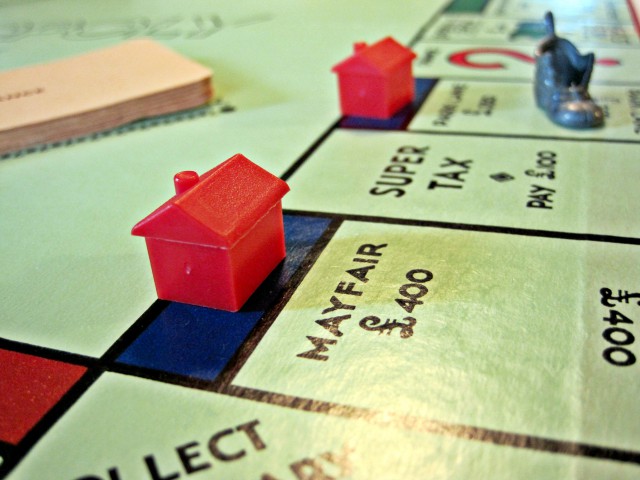 The board game called Monopoly had really come a long way since it was first mass-produced in America in 1934. The game is basically something we all have grown up and played with (I don’t know about this current generation, though). The board with its whimsical properties, monies, game pieces and of course, Rich Uncle Pennybags who holds the game altogether could take us all to a poignant trip down memory lane.

However, for a number of POWs (Prisoners of War) during the Second World War, the game of Monopoly had given them a chance at escape and freedom.

How come a petty board game be their passport to freedom? Here is the story…

From Board Game to Escape Device

During the course of the Second World War, many British soldiers were dropped behind enemy lines and as a result, were caught and held prisoners. Germany, nevertheless, allowed humanitarian groups like Red Cross to give care packages to these prisoners as their way of keeping their end of the bargain at the Geneva Convention.

One category in these packages tickled the Allied Forces – “games and pastimes.”

The Allies took advantage of this inclusion to craft a device that would aid POWs from escaping their tormentors. Taking advantage of the fact that the Nazis allowed charities to make these care packages, they posed as one (fake charity name: Licensed Victuallers Prisoners Relief Fund) and sent off packages to prisoners of war which had hidden escape kits in them – provisions that had escape tools like compasses, metal files, money and the most important element of all, maps.

The Allies disguised these escape paraphernalia into kits as Monopoly games.

The compasses and files were camouflaged as playing pieces. The money, mostly in French, Italian and German bank notes were hidden under Monopoly’s play money. The maps, made of silk, were concealed under the boards themselves.

“The game was too innocent to raise suspicion, it was the ideal size for a top-secret escape kit,” commented ABC News’s Ki Mae Heussner.

The British secret service which is also the organization responsible for planning escape and evasion, M19, had the hand in developing these said Monopoly/escape kits. M19 conspired with John Waddington, Ltd., UK’s licensed Monopoly manufacturer.

“It was ingenious,” Philip Orbanes, author of several books on Monopoly, said to Heussner in an interview. “The Monopoly box was big enough to not only hold the game but hide everything else they needed to get to POWs.”

But the British Allies could have used other board games at the time they thought of this getaway tactic.

Why did it have to be Monopoly? After all, it was an American board game and they were, well, British servicemen. Wouldn’t it have been more fitting to use a British board game in the first place?

No, m19 did not have a special affinity to American real state whatsoever. They chose Monopoly for this sole purpose: Waddington (remember, licensed UK manufacturer of the game) had mastered a technology no other company had –  printing on silk.

This factor was very essential in the escape kits. The Allies needed a map material that was more durable than paper and would not tear and dissolve when wet, something that would be light enough and could be hidden in a boot or packed into a cigarette packet any moment and an object that would not crackle or produce any noise when held or stored. Silk was the perfect candidate for that. And Waddington, in the onset of WWII, was already using this silk-printing technology M19 needed for their escape maps.

Waddington as the UK licensee for the Monopoly board games was an extra factor, for safety and security reasons.

So, before being sent off for missions, Royal Air Force (RAF) airmen were already briefed that if they were unfortunately captured, all they would do was to look for the Monopoly board game in their respective care package, the ones given to them while in prison,  and look for the escape equipment integrated in it. These ‘special’ edition Monopoly sets were marked with a red dot on the Free Parking space – a seemingly print error to those looking at it but did not know the meaning behind it. the red dot to captured soldiers was their window to freedom.

The soldiers were also instructed to destroy the game once they obtained everything they needed from it. This was to make sure that the ruse would be kept a secret from the Axis power. The trick worked as the Germans were blind to the tactic; yet unfortunate for us now since we do not have actual artifacts to look at and examine.

British historians have estimated that there were countless of British soldiers helped by the board game in WWII.

So, little mundane things should never be underestimated. Look at how a minor, at times, overlooked, board game was able to change the course of history.

-Article based from a feature in The Atlantic