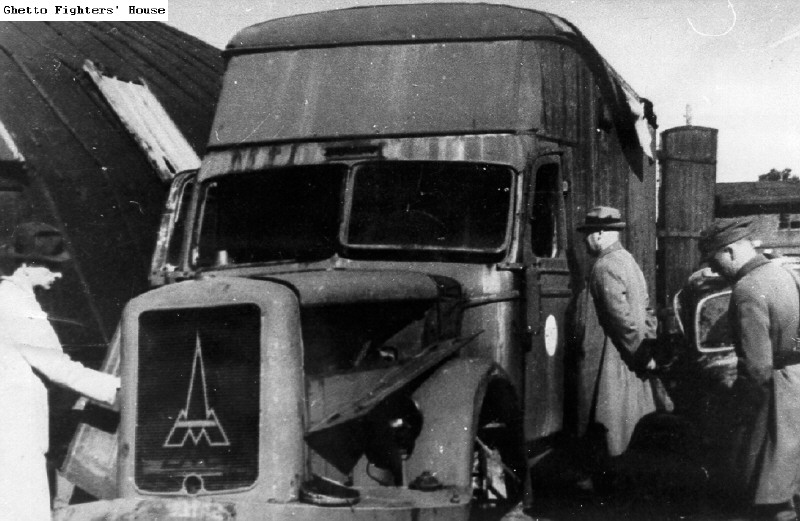 The Nazis began experimenting with poison gas for the purpose of mass murder in late 1939 with the killing of mental patients (“euthanasia”). A Nazi euphemism, “euthanasia” referred to the systematic killing of those Germans whom the Nazis deemed “unworthy of life” because of mental illness or physical disability

One of several methods used was the gas van. Such vans were first deployed in 1940 in “Euthanasia” operations. Hitler delegated the “Euthanasia” operation to Reichsleiter Philip Bouhler, Dr. Karl Brandt, and several doctors of their choice. The targets were several German population groups: the mentally ill or retarded, the chronically ill, and criminals. At first, the murders were carried out in fixed, sealed chambers, into which carbon monoxide gas was pumped from metal canisters. In addition, some were killed by lethal injections and by shooting. Gas vans were first used in 1940, when Polish mentally ill children were locked in a sealed van and killed by carbon monoxide.

Prior to gassing, the victims were ordered to hand over all of their valuables. They then had to undress themselves and finally entered the gas vans. The two doors at the back of the wagons were closed, the tube then locked to the exhaust. To calm down the naked victims a lamp was switched on for some minutes. The driver then started the motor, which ran in neutral gear for about ten minutes. During this time the motor produced enough carbon monoxide to suffocate the victims. As they were so crowded together there was lack of air anyway. When the screaming and pounding had stopped, the driver started the drive to the cremation site. There, Jewish men who would not be permitted to remain alive, were forced to unload the corpses and cremate them.

he gas van was invented and used by the Soviet secret police NKVD in the late 1930s during the Great Purge.  It was later widely implemented as anextermination method in Nazi Germany to kill those the regime deemed enemies of the Third Reich, mostly Jews.

Invention and use in Soviet Union

The gas van was invented in the Soviet Union in 1936, by Isay Berg, the head of the administrative and economic department of the NKVD of Moscow Oblast which suffocated batches of prisoners with engine fumes in a camouflaged bread van while on the drive out to the mass graves at Butovo, where the prisoners were subsequently buried.According to Aleksandr Solzhenitsyn, “I. D. Berg was ordered to carry out the decisions of the NKVD troika of Moscow Oblast, and Berg was decently carrying out this assignment: he was driving people to the executions by shooting. But, when in Moscow Oblast there came to be three troikas having their sessions simultaneously, the executioners could not cope with the load. They hit upon a solution: to strip the victims naked, to tie them up, plug their mouths and throw them into a closed truck, disguised from the outside as a bread van. During transportation the fuel gases came into the truck, and when delivered to the farthest [execution] ditch the arrestees were already dead.” Berg denied that he was inventor of the gas van.

Use in Nazi Germany… 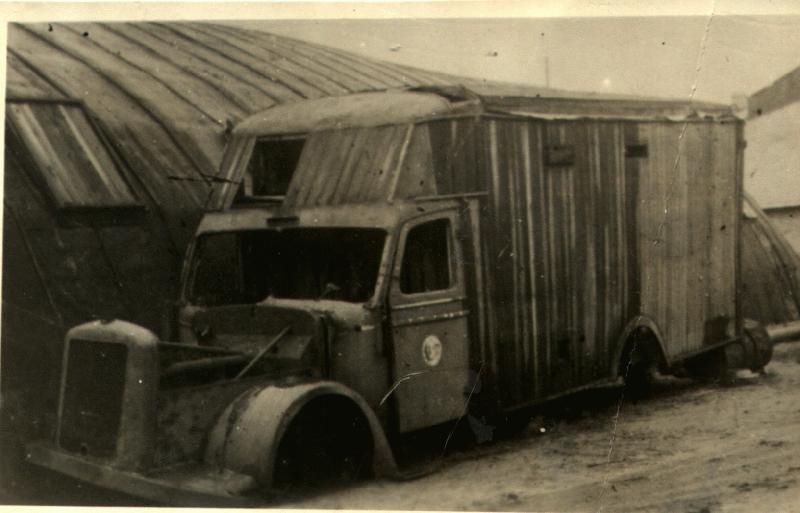 Use in Nazi Germany

During trips to Russia in 1941, Heinrich Himmler learned the psychological impact of shooting women and children on the Einsatzgruppen. Hence, he commissioned Arthur Nebeto explore ways of killing that were less stressful for the task forces. Nebe’s experiments eventually led to the utilization of the gas van. This vehicle had already been used in 1940 for the gassing of East Prussian and Pomeranian mental patients in Soldau, a camp located in the former Polish corridor. Another source states that the vans were first tested on Soviet prisoners in Sachsenhausen.

One application of the Nazis’ gas van became known in 1943 after the trial of members of crimes against humanity committed in the territory of the Krasnodar Territory of the USSR, where about 7,000 civilians were killed by gas poisoning. It was a vehicle with an airtight compartment for victims, into which exhaust gas was piped while the engine was running. As a result, the victims were gassed with carbon monoxide, resulting in death by the combined effects of carbon monoxide poisoning and suffocation. The suffocations usually occurred as the gas van was carrying the victims to a freshly dug pit or ravine for mass burial.

Gas vans were used, particularly at Chełmno extermination camp, until gas chambers were developed as a more efficient method for killing large numbers of people. There were two types of gas vans in operation, used by the Einsatzgruppen in the East. The Opel-Blitz, weighing 3.5 tons, and the larger Saurerwagen, weighing 7 tonnes.In Belgrade, the gas van was known as “Dušegupka” and in the occupied parts of the USSR similarly as “душегубка” (dushegubka, literally (feminine) soul killer/exterminator).

The use of gas vans had two disadvantages:

By June 1942 the main producer of gas vans, Gaubschat Fahrzeugwerke GmbH, had delivered 20 gas vans in two models (for 30–50 and 70–100 individuals) to Einsatzgruppen, out of 30 ordered. Not one gas van was extant at the end of the war. The existence of gas vans first came to light in 1943 during the trial of Nazi collaborators involved in the gassing of 6,700 civilians in Krasnodar. The total number of gas van gassings is unknown.