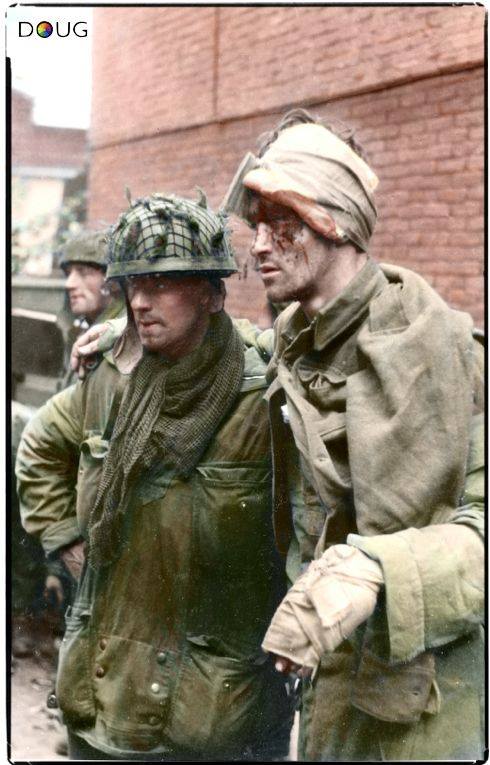 L/Cpl Paddy McGiven, Sapper Charles Grier and wounded Sapper Dick Robb all from B troop, 1 Para Squadron, Royal Engineers. This picture was taken at 1530hrs on Wednesday the 20th September 1944, in a builders yard near their last position held at the Van Limburg Stirum School in Arnhem. 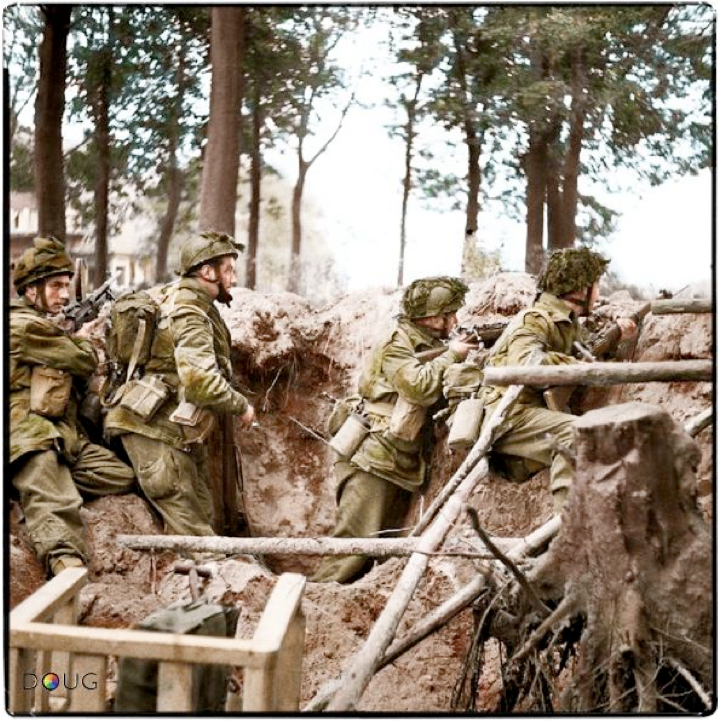 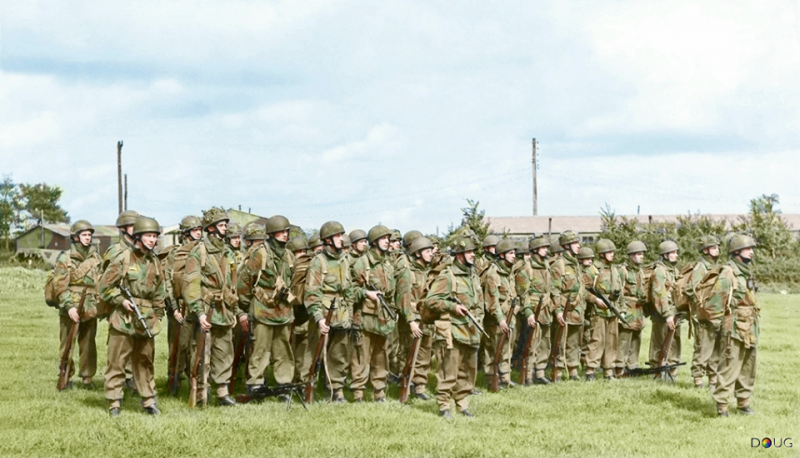 Men of “E Squadron” Glider Pilot Regiment photographed at RAF Down Ampney shortly before ‘Operation Market Garden’ in September 1944.
The men pictured here piloted Horsa Gliders in to the operational area on the 17th & 18th of September 1944. 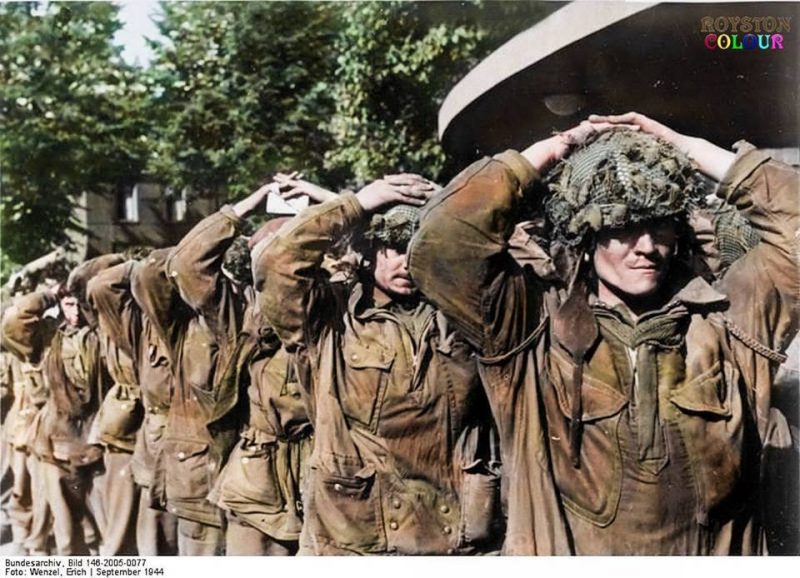 These troopers are South Staffordshires captured around the Museum in the failed attempt to break through to the Bridge on September 1944. They are standing in front of the Musis Sacrum in Arnhem, where they were filmed,
and then interrogated.
(Colourised by Royston Leonard) 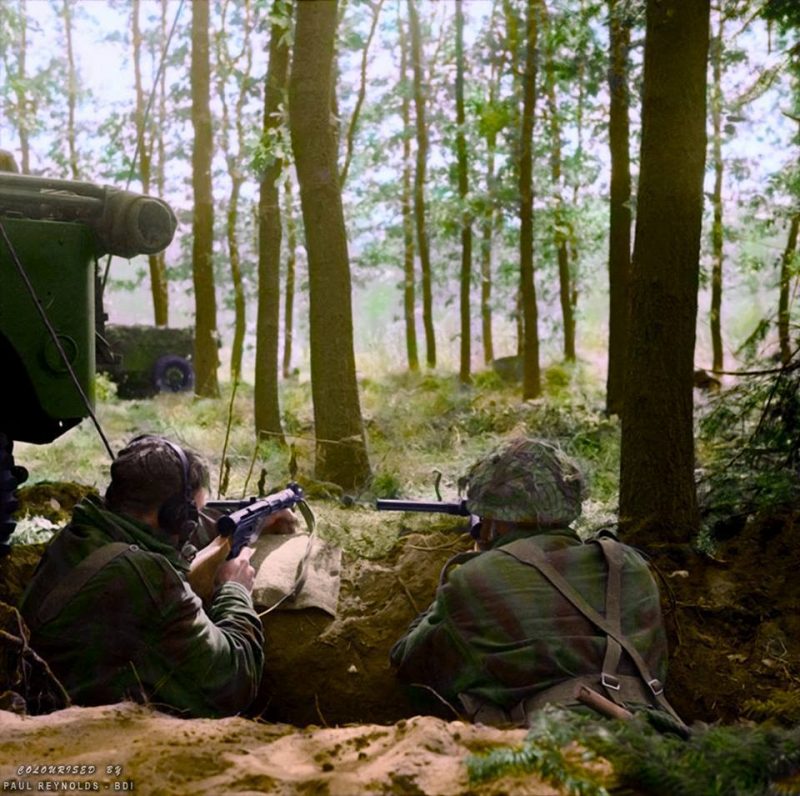 Two British Airborne troopers dug in near Oosterbeek, Holland on 18th September 1944, showing the woodland fought in on the western side of the British perimeter. 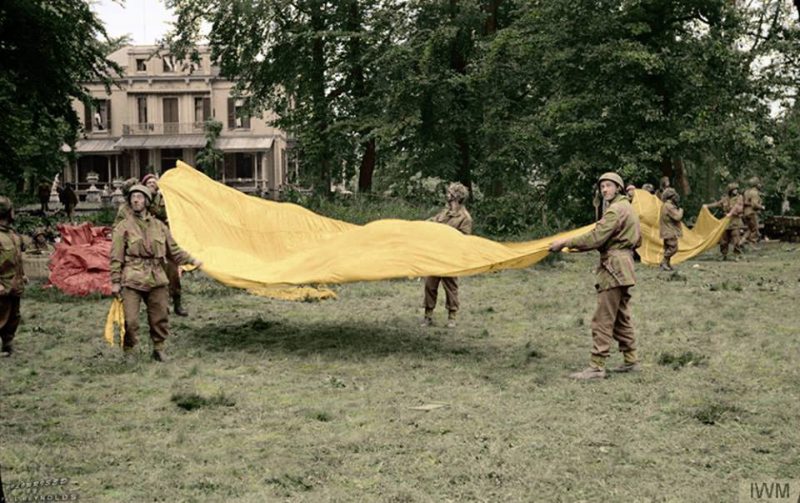 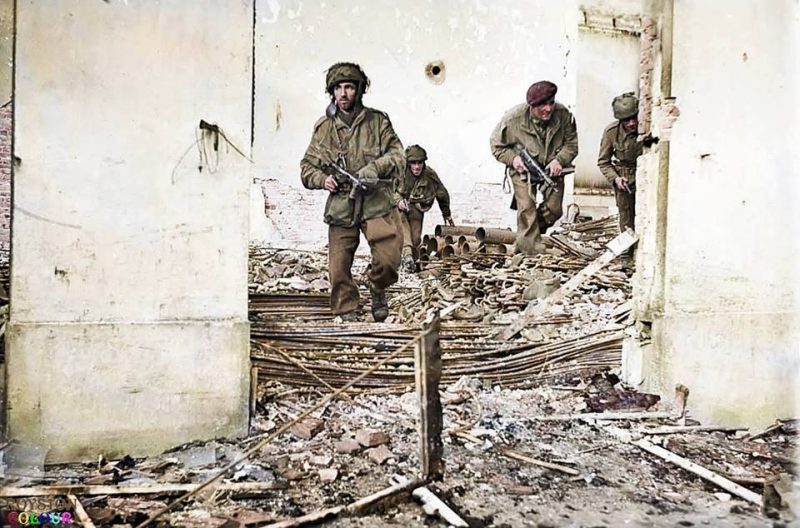 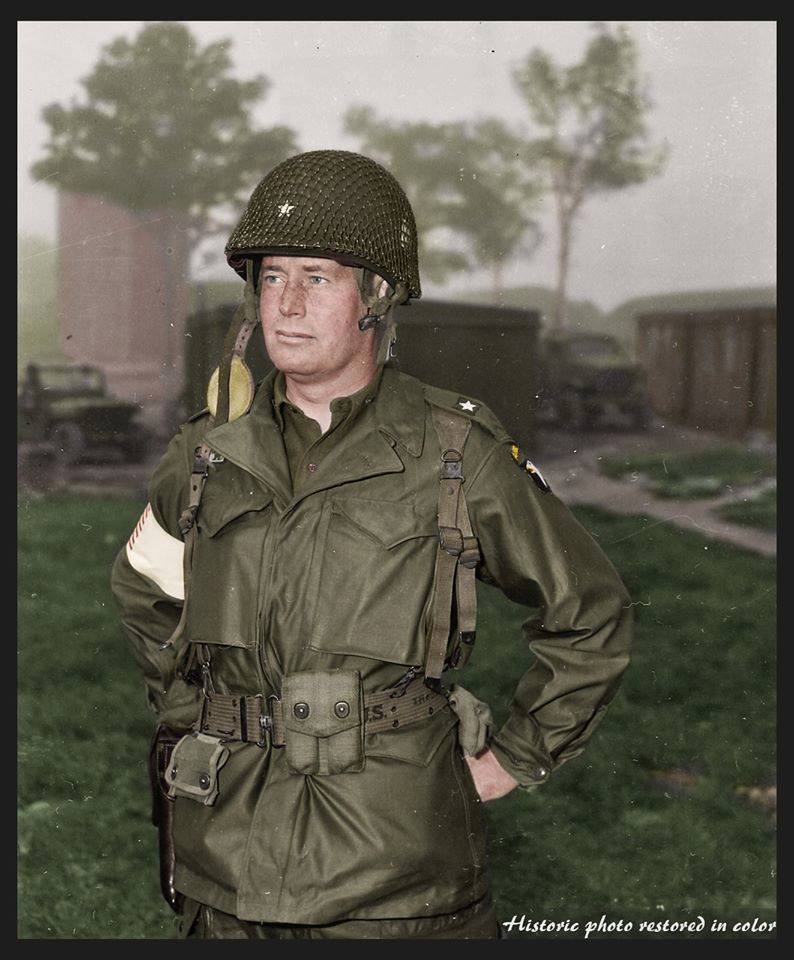 Brigadier General Gerald Higgins, assistant division commander for the 101st Airborne Division. The photo was taken in England just before the 101st dropped into Holland during Operation Market-Garden on September 17, 1944 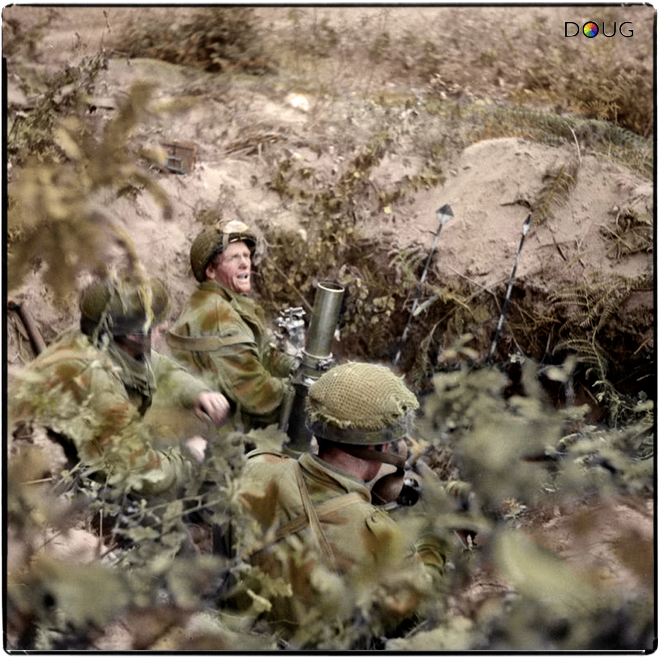 This photograph shows a British Paratrooper taking aim with an American M1 carbine from the first floor balcony of the Hartenstein Hotel in Oosterbeek, near Arnhem in The Netherlands. September 1944. 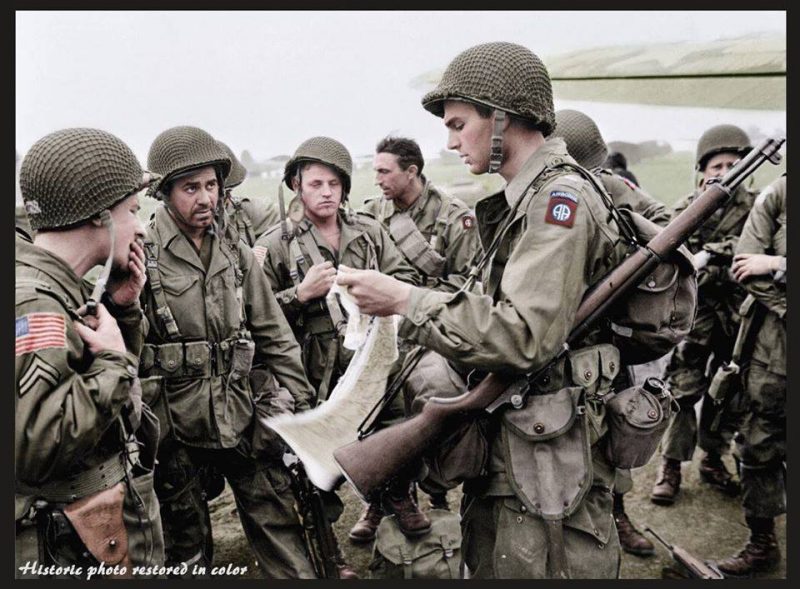