When it comes to being the heaviest and largest airplane to land on an aircraft carrier, the award goes to the C-130 Hercules.

For two months during the fall of 1963, a Hercules made a total of 21 take-offs and landings on the USS Forrestal while it was carrying an increased amount of weight.

While a carrier that is nuclear-powered can be at sea for extended timeframes, it needs resupplying regularly. The C-130 had just entered into US Air Force service, so it was considered for this particular task. Navy planes are designed to specially operate from carriers.

They are fitted with arrestor gear in order to not fall from the other side. It also uses steam catapults for take-off. 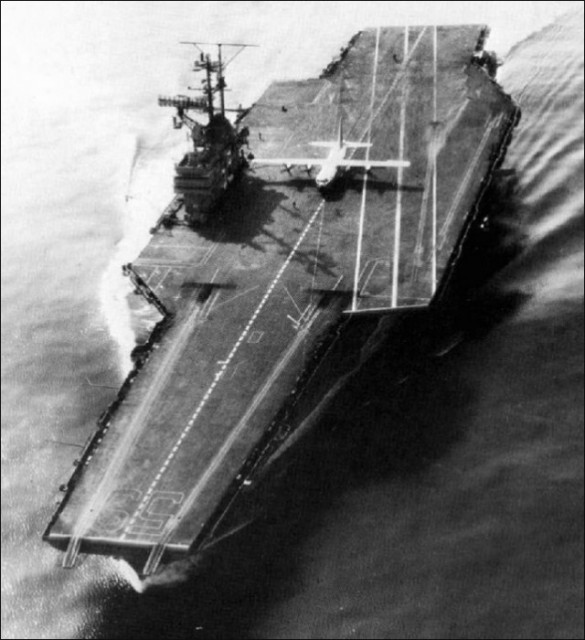 However, the Hercules was not designed for either of those, so those features couldn’t be used. While the first run was a touch-and-go attempt in which the Hercules wouldn’t come to a full stop, it progressed until it landed and came to a complete stop before taking off again. This attempt was repeated with Hercules’s weight being increased.

James Flatley III, who was the pilot, had never flown a four-engine plane before these tests. After a short training period, he was able to achieve the incredible feat of successfully landing and taking off from the aircraft carrier.

Because of his participation in the feat, he was awarded the Distinguished Flying Cross.

Despite the tests being highly successful, the idea was deemed to be too much of a risk for the Carrier Onboard Delivery operations, so the C-2 Greyhound was developed as the program dedicated aircraft.

The Hercules that was used in the test was kept in operation until 2005. It is now at home in the National Museum of Naval Aviation in Pensacola, Florida.