The Battle of Mt. Cer was the first Allied victory of World War One, taking place between 12-24 August 1914, during which the numerically inferior Serbian army delivered a major defeat to Austria-Hungary’s invading Balkanstreitkräfte.

The largest caliber weapon to see action was the famous Škoda 305mm “Slim Emma” siege mortar, which was used to bombard Belgrade.

2. The Serbian Commander From Germany

The commander of Serbia’s 3rd Army, General Pavle Jurišić-Šturm was a Sorb born in Germany. He attended the Prussian Military Academy in Breslau and the French War Academy in Nancy, and came to Serbia as a German officer in 1876 to volunteer in the Serbo-Turkish War. He changed his name from Paul Sturm to Pavle Jurišić-Šturm and worked his way up through the ranks. 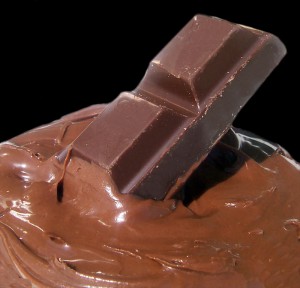 In the Serbian town of Šabac, invading Habsburg troops ran amuck when they discovered the liquor and chocolate factories. The Austro-Hungarian commanders then forbade alcohol consumption.

Feldzeugmeister (Lieutenant General) Oskar Potiorek commanded Austria-Hungary’s Balkanstreitkräfte during the Battle of Mt. Cer. He had also been responsible for security during the visit of the Archduke Franz Ferdinand and Sophie to Sarajevo. Following the bomb attack on the royal couple he refused to call out troops to provide extra security, as their uniforms were dirty from the previous days’ military exercises. With a military genius like that in command, what could possible go wrong for Austria-Hungary?

Invading Habsburg forces committed numerous atrocities, engaging in an orgy of looting, rape, murder, mass extermination, etc. Entire towns and villages were burned, groups of peasant men, women, and children tied together and shot. People were hanged, clubbed to death, burned alive, and pinioned. Some had their arms, legs, ears, noses, breasts, and genitals cut, torn or broken off; eyes were gouged out, skin was cut off people in strips, portions of entire faces were detached, small children were thrown to pigs, pregnant women were disemboweled, and wounded prisoners of war were shot. Dum-dum bullets were used in violation of the Geneva Convention.

Balkanstreitkräfte had 48 aircraft, the Serbian army only 3. Serbian aviation included 192 homing pigeons on its roster.

The Serbian army made extensive use of irregular Četnik and 3rd levy troops for reconnaissance and guerilla warfare behind enemy lines. This caused considerable confusion among Habsburg troops, who were unprepared for this type of fighting.

The first major encounter took place at midnight amidst pouring rain and lightning on the night of August 15/16, when the Serbian 2nd Army’s Combined Division stumbled across bivouacked Balkanstreitkräfte forces of the 21st Heavy rain, lightning, thunder, and pitch black rendered reconnaissance ineffective, and neither side expected an encounter. Coming off the march, the Serbs caught some of the Austro-Hungarian troops asleep and bayoneted them in their bedding, but the battle quickly intensified. Exhausted by 3 days of forced marches – including a 40 kilometer march that day — the Combined Division sent units into battle piecemeal as they came off the march. These troops flew into the enemy lines at a dead run as they came off the march, which sowed confusion and panic among the Habsburg troops. This encounter destroyed the Habsburg 21st Division and set the tone of the entire battle.

On the morning of August 18, Bosnian troops of the Balkanstreitkräfte‘s 31st Division attacked Serbian forces by marching out of the town of Šabac in high style, accompanied by a military band playing the popular Hungarian Rakoczy March. One eyewitness said the 3rd Bosnian Regiment advanced “as on the practice field . . . in overly thick formation and without seeking shelter.” Serbian artillery and rifle fire quickly decimated the regiment, wounded its commander and his replacement.