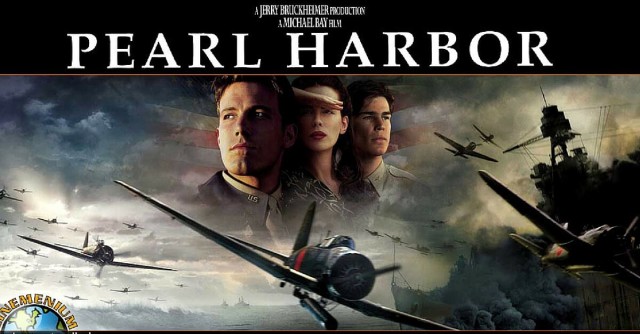 Pearl Harbor, one of those movies that everybody has seen and everybody likes some bits of it. That is to say, only some bits; because everybody seem to have everything else in the movie.

Despite receiving a lot of negative reviews from critics, the film was a major box-office success, earning $59 million in its opening weekend and, in the end, nearly $450 million worldwide.

Generally speaking, any war movie that focusses on historical events that might otherwise be forgotten is a good thing. At least now a lot of people know about the Battle of Britain, Pearl Harbor and the Doolittle raid. Do they now know the right things about these events is a whole different question.

We can all agree on the fact that the scenes about the Japanese raid on Pearl Harbor were very well done, and to be honest, the hands of men doomed to die, sticking out from a capsized battleship still haunt my dreams. Unfortunately to make it appealing to the general audience a lot of fluff and padding added to it.

A complicated love story becomes a love triangle, becomes a comedy movie, becomes a war tragedy, becomes something else and now it’s difficult to know what it is exactly that we are watching.

Honest trailers takes a new look at the movie and points out some glaring mistakes and it also focusses on what was left out. Historical accuracy and the true stories that could have been used in this movie to make it somewhat deeper than a made up Hollywood version of History.