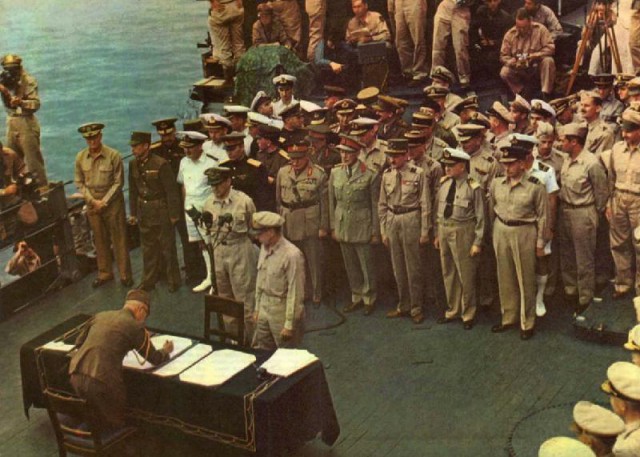 A World War Two US veteran, now aged 93, reminisces as the 70th anniversary of Japan’s surrender to the Allies approaches.

Stephen Dennis was a sailor with the US Navy, joining up in 1941 when the Japanese launched their attack on Pearl Harbour and brought the US into World War Two. He was just 19 years old at the time.

Within a year, Stephen was fighting in the Pacific Solomon Islands against the ferocious Japanese troops. He started his navy career with just a two week training course and he was then deployed to the light cruiser, the USS Atlanta.

The ship and its crew departed for the Pacific and readied to fight in the Battle of Midway. Towards the end of 1942 they were hit by a Japanese torpedo at Guadalcanal. Stephen recalls that at the time he was below deck loading powder into the guns and that they got so hot during the battle that they were hosing the men and guns down with cold water.

Around a third of the USS Atlanta’s crew were killed along with its admiral. The ship had to later be scuttled because of the damage caused during the battle. Around five other US ships were destroyed in the fighting.

In an emergency attempt to rescue the crewmen, boats were sent out from the islands, including Stephen. He said that he was relieved to tread on dry land again.

The American Navy struggled to defend themselves against the Imperial Japanese Navy but it was the battle at Guadalcanal where the tide turned in the American’s favour.

Stephen went on to train as a radio operator and was later deployed aboard the USS Ancon. The ship and its crew were mainly used for communications and it took part in the campaign for Okinawa. Once the Japanese had surrendered the ship moored alongside the USS Missouri on the Japanese mainland.

The ship assisted with Allied media working in the region, and Stephen helped send media stories through the ship’s radio equipment around the world, the ABC News reports. This included passing on the news of the Japanese Surrender.

After the war, Stephen returned to the US and raised a family with his wife, Mary. He got a job in a paper mill and stayed there for the next 30 years. After almost 70 years after the end of the war, Stephen was honoured for his service, receiving six military medals in 2014.

Stephen said that after seeing so many people dying around him he was just lucky to survive.