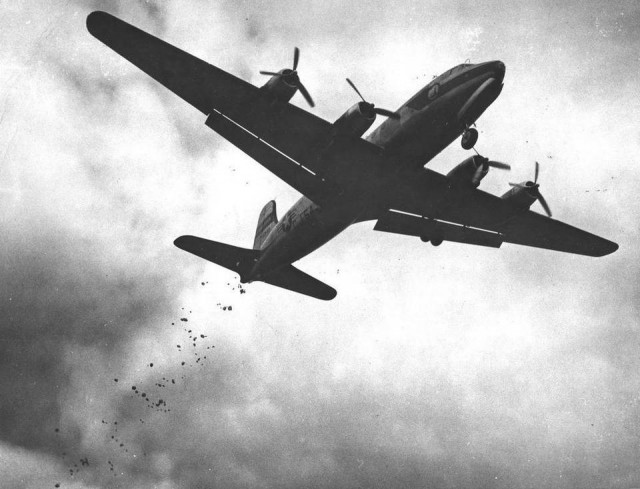 That Friday saw the now 94-year-old WWII vet piloting a World War II Lockhead PV2 Bomber for the event. He, with the team who was with him, was able to drop about 1,000 candy bars to the eagerly waiting kids below.

Feeling grateful that he was able to share his candy dropping experience once again, Halvorsen stated that “It emphasized to me the importance of little decisions you make put your footsteps on the path of where you’ll end up for good or for ill”.

Gail Halvorsen’s love affair with flying started way before WWII broke out. His flying career started the time he received a flight training scholarship at a non-college pilot training program. he became a full-pledged pilot – earning his private pilot license – in 1941. Soon after, Halvorsen joined the Civil Air Patrol.

This went on until the end of WWII after which Halvorsen returned to the US.

However, when he heard about the Berlin Airlift in 1948, he volunteered to go though he was already flying foreign transport out of Mobile in Alabama. He readily left his position and went to Germany.

He arrived in Berlin about two weeks after the start of the airlift.

“I’ll never forget the first time in Berlin. There were all these kids on the other side of the fence. I said, don’t worry, we won’t give up on you,” Gail commented in an interview in the 2014 documentary Meet the Mormons.

The now retired Colonel went on to recall how his meeting about 30 German kids at a barbed-wire fence close to the airport shaped the start of the iconic candy drops over Germany.

According to him, he talked to the kids for over an hour but it was only while he was walking away that he realized not once did the children, aged between 9 to 13, asked him for some chocolate, something they weren’t able to have in more than two years.

Thinking to himself that kids would always have that innate love for chocolates, he felt inside his pockets and when he came up with two gum sticks, he broke them to halves, went back and gave them to the children. To his amazement, the children did not fight over the gum. As a matter of fact, he said that those who weren’t able to get a taste of the gum just wanted a strip of the wrapper for them to smell.

So, he devised a plan to distribute candy rations to the children and did so without permission that he could have been court-martial-ed for it. He gathered army rationed chocolates, tied them o handkerchief parachutes then dropped them from his plane. He told the children that he would wiggle the wings of his plane to let them know it was his. Thus, came the moniker Uncle Wiggly Wings.

With the candy drops idea gaining momentum, in came support and of course, the candy. His friends soon joined Halvorsen in his candy flights. All in all, they were able to drop over 20 tons of sweets – chocolates, gums and other treats – via planes and even on the ground in a span of 14 weeks.

“We did it 3 weeks, every time we got a new ration, once a week for 3 weeks, we’d drop 3 times 3 weeks, wiggle the wings, the crowd was getting bigger every week,” he recounted.

On a final note, Halvorsen added that dropping those candies was his way of helping the Berlin children experience happiness despite the bleakness surrounding them after the war. 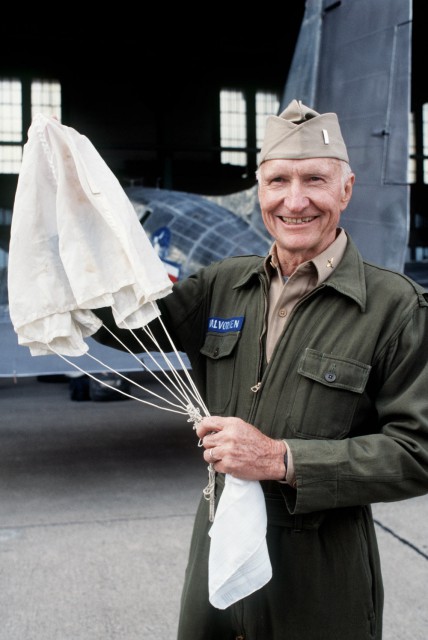 “The only true course of happiness I’ve found in my life is to help someone who needs help and is grateful for that help,” he said.