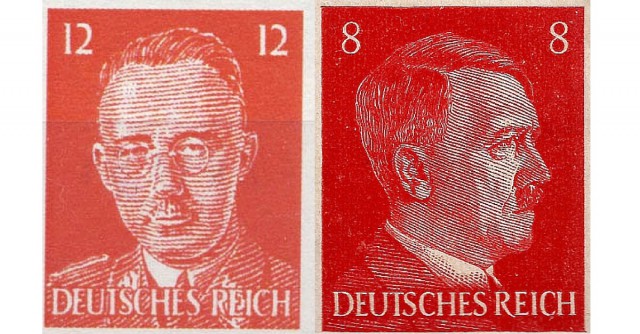 South America is well-known to have been a post-World War Two Nazi hideout, as hundreds of Germans fled Europe to escape punishment from the Allies at the end of the war, including many top, high-ranking Nazi officers.

Now, archaeologists digging in an Argentinian nature reserve have begun to uncover German artefacts in ruined buildings that are thought to have been built by the Germans as a possible hideout from persecution. The area is in Teyu Cuare Park near San Ignacio, in the north east of Argentina.

One of the findings is a 1938 German coin found in one of the ruined buildings.

Now that the war generation is swiftly passing away, all World War Two items are becoming more and more valuable and collectable.

Right now there is still a good supply of war time artefacts, but it is thought that as the years go on and they become less available that they will be increase in value.

Propaganda from the Third Reich is a collector’s item with posters, coins, stamps, paper and money all being sought after. However these are becoming poorer quality as the years go on.

The Italian regime was also very good at producing its own propaganda with similar use to the Nazis.

This year, six German coins engraved with Hitler’s portrait were sold in the US for $90. Even though this isn’t a great deal of money, it is for coins which have no monetary value.

Stamps from the Third Reich sell for around $50 for a sheet. While medals and pins sell well, but it is those that formed the actual Nazi army uniform that are worth more. This year a pin with the Nazi Swastika wings emblazoned on it sold for $475.

In comparison US or Allied war time pins or uniforms fetch little at auction. Other examples are a Nazi army cap that recently sold for $130 and a Nazi belt buckle that sold for $130.

German Nazi daggers are also highly sought after and can fetch around $500. While a Japanese army helmet sold for $240 and a rare flag from a Nazi marshal’s car made $2000 at auction.

Documents also sell well with maps, plans and notes all being desirable items. Plans for the D-Day landings recently sold for more than $60,000 at Sotheby’s in London, the BlueRidgeNow.com reports.

The original clock form the Enola Gay, the plane that dropped the atomic bomb on Hiroshima to end World War Two, is being put up for auction soon and is expected to gather high interest.