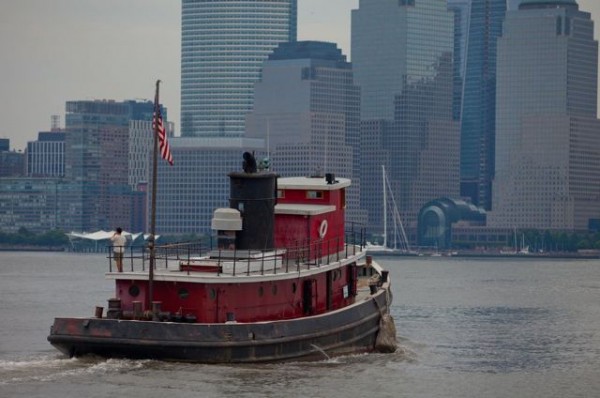 A World War Two Ludington tugboat is soon to be renovated and opened to the public in Michigan’s Kewaunee Harbor.

The tugboat was originally used for the D-Day landings in 1944 and now its owner Pat Brandon says that the tugboat is part of his love of the water.

Pat grew up and starting working on Lake Michigan’s car ferries more than 40 years ago. On his journeys Kewaunee Harbor was one of his stops.

Being an enthusiast for everything to do with water, Pat has undertaken many renovations over the years. It was in 2009 when Pat was helping to restore the SS City of Milwaukee car ferry that he was taken on tour of the D-Day tugboat called Ludington.

Pat says that he instantly noticed where the tugboat could be renovated. He says that he noticed it could be cleaner and it could do with a new paint job. From that day on Pat volunteered to help with the renovations and upkeep of the Ludington.

Pat says that since then he has travelled to Kewaunee Habor each spring to help with the renovations, and calls it his spring vacation. He then returns later in the summer around August time when he calls it his summer vacation but really he is working hard on the Ludington.

Pat says there is always something that needs fixing or could do with renovation on the old tug, from chip and paint to washing the boat down and fixing broken doorways and railings.

Pat says that all boats shed paint all the time so you constantly have to keep painting on new layers. Pat is currently working on the boat deck to sand down the exterior so that a new layer of paint can be painted on.

While Pat isn’t paid for his work, he gets his reward by staying on the boat. He says he likes to pretend he is a sailor again and sleeps in the captain’s quarters.  Pat is particularly fascinated by the tug’s history, the Wric.com reports.

The boatwas crucial to the D-Day invasion, as it towed equipment and weapons to Allied troops taking on the Nazi soldiers on the beaches at Normandy. After the war, the tug was moored at Kewaunee and was used by the Army Corps of Engineers.

Pat says he loves his work on the old boats, but funding to keep them afloat is difficult to find, so the tours help to support their upkeep.