The medals of a World War Two hero pilot are being sold off at auction.

Joseph Berry was a squadron leader in the Royal Air Force during the war and he is said to have taken down more than 60 German missiles, known as doodlebugs, before they were able to detonate.

Now more than 70 years later the medals that Joseph attained for his bravery and sacrifice are expected to sell for more than £20,000.

It is thought that Joseph hunted down and destroyed more doodlebug missiles than any other RAF crew man, saving thousands of lives in Britain.

Joseph eventually died on one of his missions where he was trying to track down incoming Nazi missiles. His final words over the radio were that he had it, and he told his comrades to go on without him. 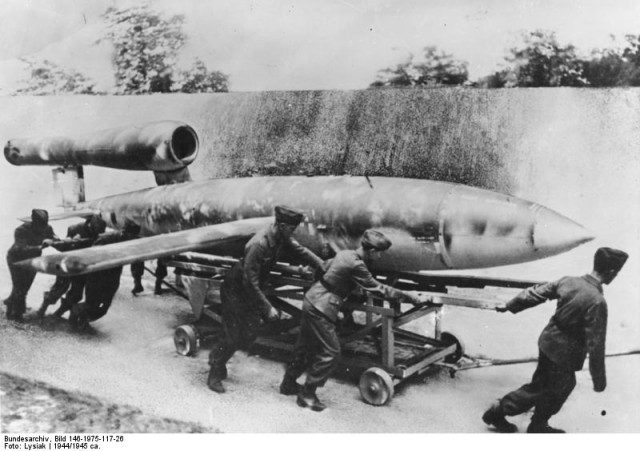 The German’s doodlebug missiles travelled at more than 400 miles per hour, so to intercept them RAF pilots had to dive from a height of around 5000 feet and gain speed while approaching the missiles in order to destroy them from around 200 yards away. From there the pilots could shoot down the missiles in the sky.

The pilots were mainly in danger from the wreckage of the bombs as they exploded mid-air. Fragments of the bomb would fly through the air and often hit the pilot’s own plane.

It is thought that Joseph shot down more than double the number of missiles than of any other RAF pilot. Joseph was awarded the Distinguished Flying Cross three times for his actions during the war, The Telegraph reports.

Joseph was killed when he was on a mission to bomb a railway yard in the north of Germany. British intelligence believed the railway yard was being used to transport missiles and other munitions to launch positions in the west of Germany.

It is thought that Joseph’s plane was hit by anti-aircraft fire over enemy territory. He began to hurtle into a nosedive, and while his comrade pilots in other aircraft tried to radio him and revive him, he simply replied that he’d had it and that they should carry on. Joseph was 24 when he died.

After the war, Joseph’s wife Joyce Berry attended Buckingham Palace to receive Joseph’s medal from the King. Joyce lived until 2015 and now her family are selling Joseph’s medals.