A B-17E bomber that crashed during World War Two has been moved to in Hawaii and is now on display.

The USA joined the war after the bombing of Pearl Harbor in 1941 . This B-17E bomber crashed in 1942 in one of the first air attacks by the US Army Air Force during the war.  The bomber was intercepted by Japanese Fighters after a raid on ships at Japanese-occupied New Britain. The airplane suffered numerous hits and eventually crash-landed in Papua New Guinea – not because of the damage to the airplane, but because it ran out of fuel. 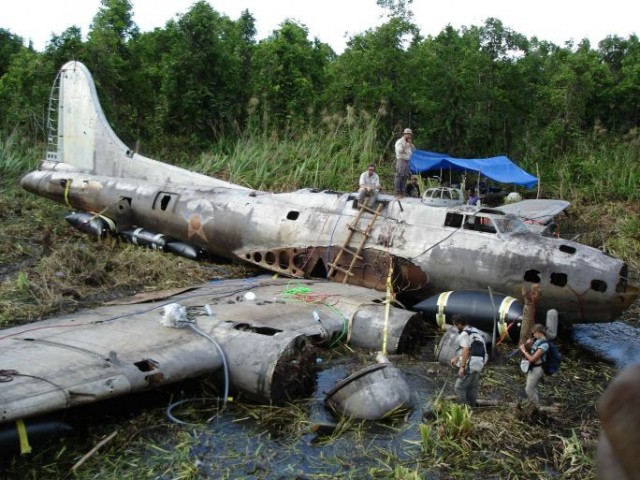 The Swamp Ghost during recovery operations

The nine airmen flying the plane survived, but they had to battle disease and extreme heat through a six week march before they finally got back to safety. Their plane wasn’t recovered and remained in its crash position for years.

The bomber was discovered in the early 1970s when Australian troops saw the wreck from their helicopter. The soldiers landed to investigate and found the plane almost untouched and still in remarkably good condition. The bomber’s guns were still intact and still had ammunition in them. In the cockpit, there was a flask with coffee inside.

The plane was salvaged in 2006 and moved to Lae wharf where it lay waiting for permission to be transferred to the United States. By February 2010, the what remained of the bomber had been cleared for import to the United States It was transported back to Hawaii to be displayed at the Pacific Aviation Museum at Pearl Harbor where it arrived on April 10, 2013. 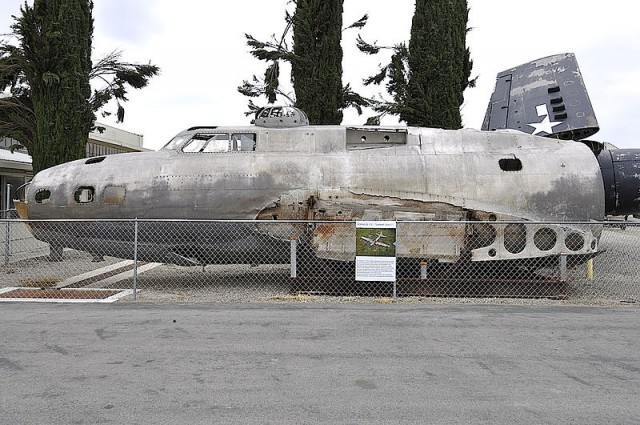 Swamp Ghost after it arrived at the museum

In an effort to restore the plane, a team was organized, including a World War Two veteran, an aircraft collector, and representatives from the Papua New Guinea authorities. The Pacific Aviation Museum organized the plane’s transportation back to Hawaii, as it saw the bomber as part of America’s history.

Showing signs of action, the plane was found to be dented, with around 120 bullet holes in its surface.

When the original crew was reunited with American troops, the members were immediately assigned to another aircraft and were flying again within a week, The Huffington Post reports.

The bomber is now on prominent display at the Pacific Aviation Museum. 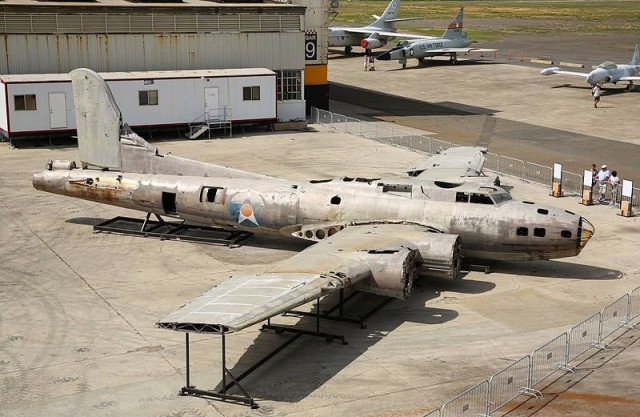 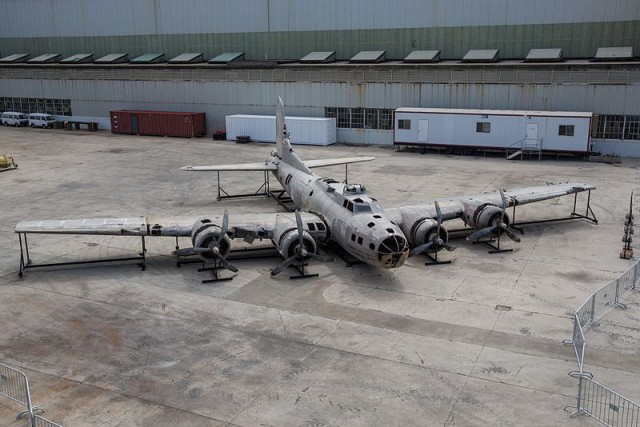 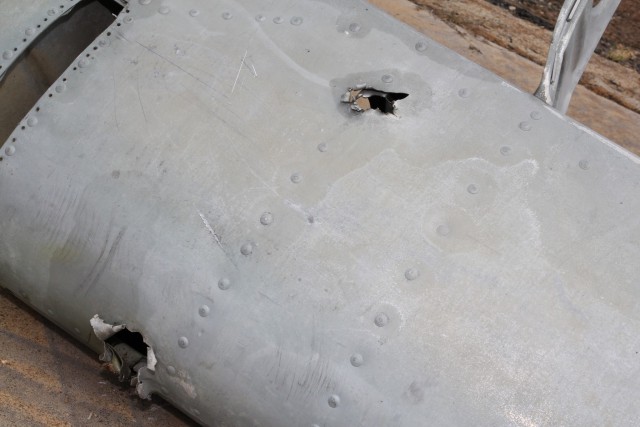 Bullet holes in the wing surface 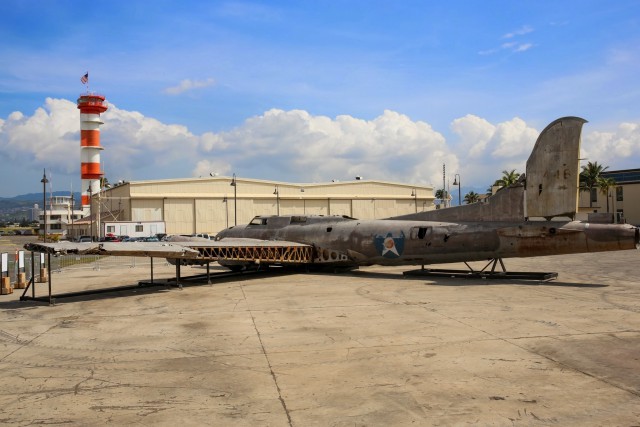 The tail section of the bomber, with a good view of the internal structure of the wing. 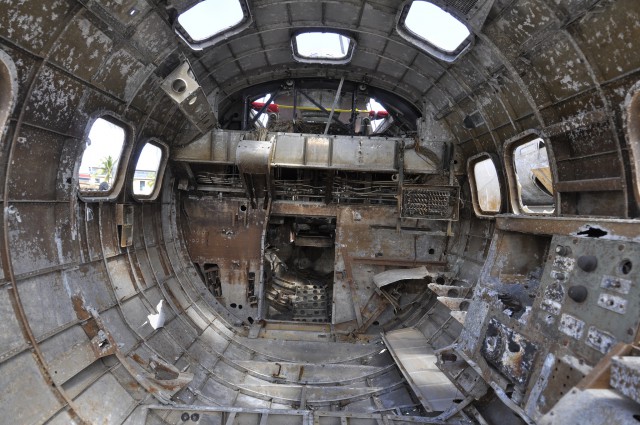 Inside the Swamp Ghost 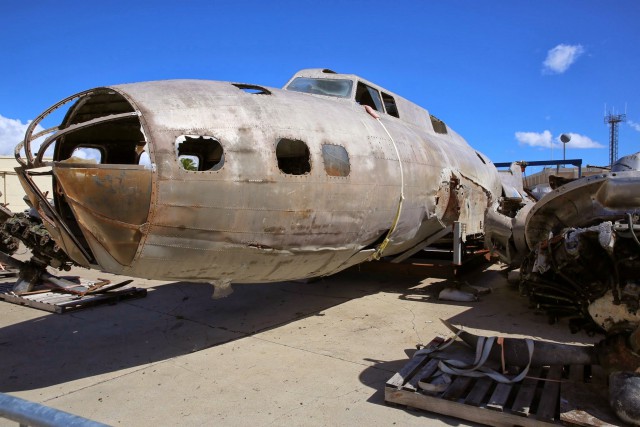 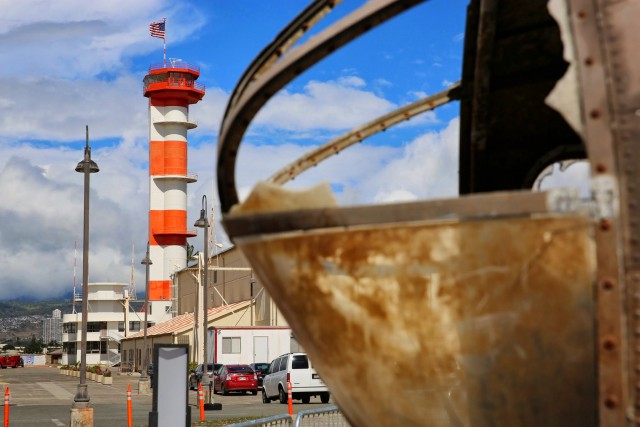