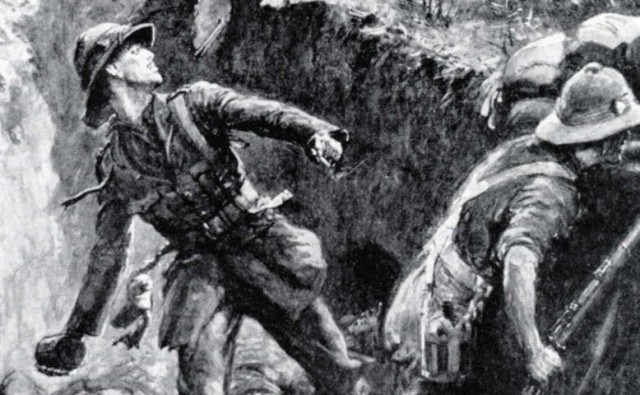 A World War One hero from Barrow in Cumbria in the north of England is to be honored for his role in the Gallipoli campaign of 1915.

Lieutenant William Forshaw received the British Army’s highest military honor for his actions during World War One. Now in a new initiative by the British Government all soldiers awarded with the Victoria Cross are to also receive a commemorative paving stone placed outside their birth place, or where they lived after the war.

William from Barrow received the Victoria Cross after he showed immense bravery lighting bomb fuses for almost two days in Gallipoli using whatever he could lay his hands on including cigarettes.

William’s commemorative paving stone will be placed in Barrow Park on a hill which leads up to a cenotaph honoring all of those who fought or gave their lives during World War One.

William was based in the trenches at what was called the ‘Vineyard’ battlefield in Gallipoli. While he was there in 1915, he spent almost two days launching a continuous bombardment of explosives at Turkish forces and inspired bravery amongst his men.

After the two day incident, William became nicknamed ‘Cigarette VC’ because it was well-known that he chain smoked to get through the battle and that is what enabled him to light the bomb fuses continuously.

Barrow Borough Council had met several times to discuss where the paving stone should be laid and has included local museums, local army regiments and historians.

They have decided to lay the stone in halfway up the hill in a newly laid special flower bed that will be maintained by the council. It is hoped that the stone and flower bed will be unveiled in a ceremony at the beginning of August.

William’s relatives were also consulted about the location of the stone and it was decided upon once everyone was in agreement. Members of William’s family will also be attending the unveiling ceremony.

The local Dock Museum is also in discussions with the family and hopes to add a small exhibit to its collection featuring William’s own belongings including his medals, sword, books and a painting of his regiment, the Evening Mail reports.

When William returned home to Barrow with his Victoria Cross the local people came out in their thousands to cheer their hero on and a grand procession took place through the town’s main streets.

After the war William became a teacher and later died from a heart attack in 1943.