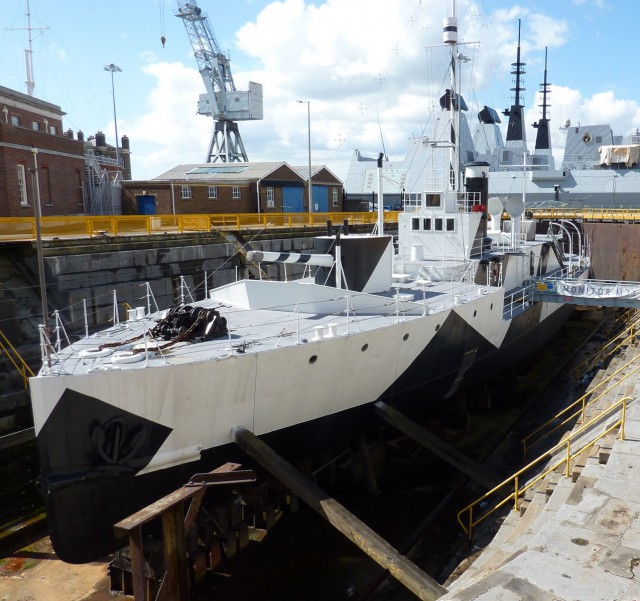 A World War One battle ship that was used during the Gallipoli campaign and is the only remaining ship from that battle has been restored.

The HMS M33 is a monitor ship, which were built to hold large, oversized guns. These ships were small and not very fast but were used so that the Navy had access to large guns at sea.

Now that the ship has been restored it is due to be opened to the public as part of the centenary commemorations of World War One.

The HMS M33 is being docked at Portsmouth Historic Dockyard and will live next to the HMS Victory.

In total the restoration has cost around £2 million, which has mainly come from donations and the UK’s National Lottery.

The invasion of Gallipoli was a battle between Allied forces of British, Australian, New Zealand and French troops against the then Ottoman Empire and German troops. The Allies wanted to secure the sea route around the Turkish peninsula for the Russians, they had also hoped that they would move north to eventually take Constantinople.

The invasion took place in April 1915, but the Turks, supported by the Germans, would not let the Allies be successful. The conflict continued for eight months before the Allies decided to withdrew to Egypt.

Over 100,000 troops died during the Gallipoli conflict and every year it is commemorated for the lives lost. Commemorations are particularly high-profile in Australia and New Zealand where the annual Anzac Day national holiday is a memorial to all of those who fought in the conflict.

It was the first time that Australian and New Zealand troops had fought in any great number in any campaign. With so many lives lost, it is said to be the first time that the antipodean countries experienced national consciousness and a collective enthusiasm and patriotism for their country.

The HMS M33 was first built in 1915 and went on to serve throughout World War One in Gallipoli and the Mediterranean. After the war the M33 became a mine-laying ship as well as a fuelling ship and boom defence workshop. After World War Two, she was converted into an office and was moored at Gosport, the BBC News reports.

The M33 is now part of the British National Historic Fleet and will be opened to the public this summer.