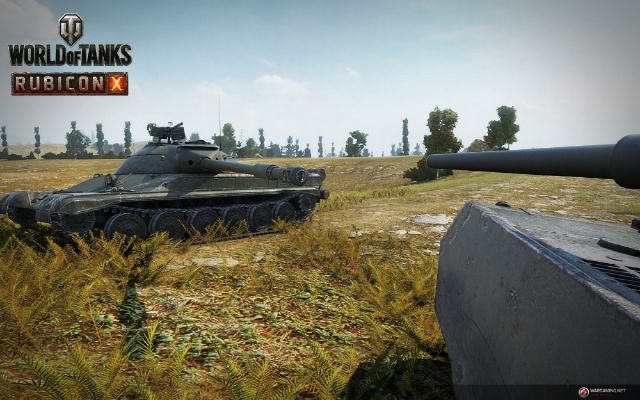 In this latest and permanent addition to World of Tanks, Rampage mode will feature a series of new mechanics set to take the challenge to the next level. New in-game additions such as respawns, garage battles, repair spots and capture the flag will force commanders to adapt their gameplay in order to claim victory. Players will also have the new abilities Artillery and Airstrike available to inflict major damage against their opponents in battle. These two Rampage variants have unique victory conditions and different team setups, letting players choose one to their liking and embark on the quest of collecting more Victory Points than their opposition—offering a new spin on standard tank warfare.

Rubicon presents an eerie alternative history which will be supported by war-torn maps—“Paris” and “Berlin”—that are exclusively available for Rampage. There is also a special season of Personal Battle Missions where players can earn the impressive Tier 10 T-22 sr. which was a huge hit with the testers. The achievement hunters can obtain boosters and unique medals in their fight.

Update 10.0: Rubicon also features a PvE tutorial and a tweaked tank customization system which will now add bonuses to Crew Skills. Like all new additions, World of Tanks will be monitoring and working closely with the community to evolve these functionalities. This extends to World of Tanks’ updated technical base, allowing the development team work on enhancing visuals and game performance.

“Rubicon not only implements a range of new gameplay mechanics but also acts as a strong foundation for the development of new features that our players want,” said Sergey Laptenok, Publishing Product Director for World of Tanks. “Listening to our community and presenting them new and exciting ways to play is always a driving factor in our design decisions.”

World of Tanks is the first and only team-based, massively multiplayer online action game dedicated to armored warfare. Throw yourself into the epic tank battles of World War II with other steel cowboys all over the world. Your arsenal includes over 350 armored vehicles from United States, Germany, the Soviet Union, France, Great Britain, Japan and China, carefully detailed with historical accuracy.

For more information about World of Tanks and to download the award-winning, free-to-play action MMO, visit:

Wargaming is an award-winning online game developer and publisher and one of the leaders in the free-to-play MMO market. Founded as a privately held company in 1998, Wargaming has shipped over 10 titles. Currently, Wargaming is focused on its team-based MMO war series dedicated to the mid-20th century warfare that will include the tank warfare title World of Tanks, the flight combat World of Warplanes, and the naval World of Warships. The three intertwined titles will form a common gaming universe integrated within the portal www.wargaming.net.