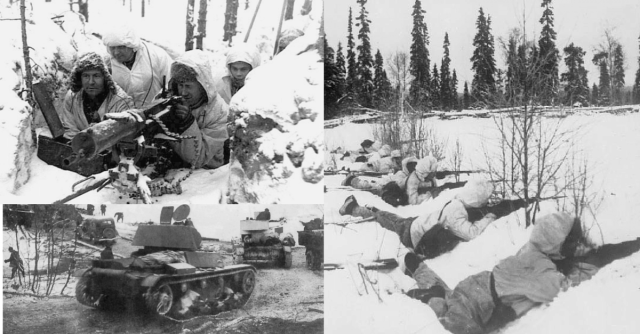 November 30th, 1939, following the alleged shelling of Russian troops by Finnish soldiers, the Soviet Union launched an invasion on Finland. The Finnish army of 160 000 men was opposed to an invading Russian army consisting of 2000 Russian tanks and 450 000 soldiers. Numerically and technologically speaking, the massive Soviet force had a tremendous advantage over the smaller Finnish army and should have made short work of any opposition provided by the Finns.

Joseph Stalin and many of his military advisors, confidently expected a short campaign lasting a matter of weeks.  To the surprise of the Russians, and the admiration of the rest of the world, the Finnish army demonstrated an implacable resolve to resist the Russians as well as the military ability to back up that resolve.

At the head of the resisting Finnish forces stood Field Marshall Mannerheim.  Faced with the difficulty of engaging with an overwhelmingly superior invading force, Mannerheim placed his forces on a defensive footing, while making skilled use of the prevailing severe winter conditions and natural surroundings to harass the advancing Russians.  The Finnish Field Marshall established a defensive line on the Karelian Isthmus and awaited the arrival of the Russian troops. 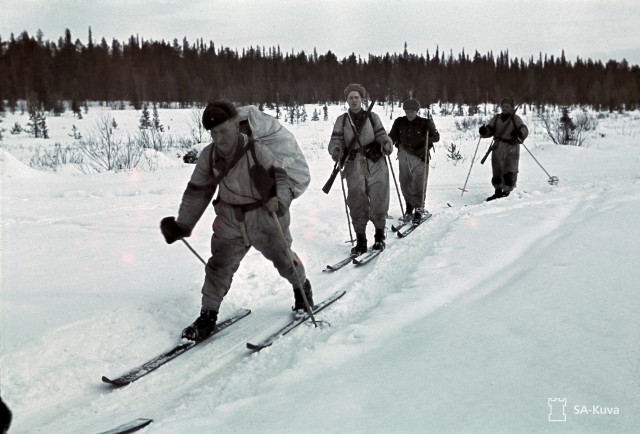 Ski troopers made lightning like small scale attacks upon the Soviet troops and the Finns were able to isolate pockets of numerically superior forces which they then surrounded and decimated.  Molotov cocktails, improvised bottle based petrol bombs, were used by the Finns against the Soviet T-26 and BT tanks with devastating effect. These guerilla tactics served to wear down the Russian army, which was laboring under by the harsh winter conditions.  In December 1939, the Russians reached the Mannerheim Line and attempted to breach it.

The Mannerheim Line consisted of numerous defensive structures but was in no way comparable to such great fortification systems as the Maginot Line.  The French Maginot Line was a marvel of concrete and steel emplacements while the Mannerheim Line consisted of pillboxes, trenches and minefields.  Russian troops assaulted the simple fortifications but were hurled back time and again.

The fighting spirit of the Finns must be given pride of place when determining why the numerically and better equipped Russian forces were repeatedly unable to successfully break the Mannerheim Line.  The resistance of the brave Finnish soldiers who endured the rigours of the campaign can be likened to that of the glorious defense of Malta by the Knights Hospitaller in 1565. 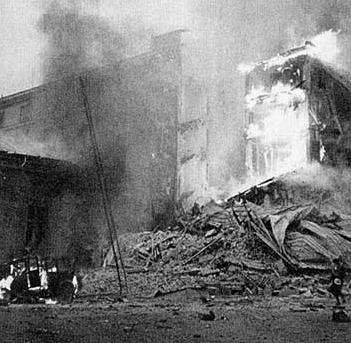 Inevitably, continuous Russian bombardments and massed attacks of Russian soldiers, although incurring enormous losses in men, achieved a breakthrough on the Mannerheim Line and the Finns were forced to withdraw.  In March 1940, Finland and Russia signed the Moscow Peace Treaty and hostilities between the two nations ended.  Finland ceded large parts of its territory amounting to approximately 30% of its land area to Russia.  The Soviet Union thus acquired territorial gains which the Russians believed were vital to its strategic and military interests.

On the face of it, this surrender of territory could be viewed as a failure of the Finns to defend their homeland but in reality the Finnish army under Mannerheim had achieved considerable success.  The Russian juggernaut had been prevented from overcoming the entire country and Russian losses in men and materiel had been enormous and hardly worth the acquisition of the territory that had been obtained.

Guerilla tactics, innovative primitive weapons like petrol bombs and above all the incredible resilience of the Finnish soldiers had cost the Russians over 350 000 dead and wounded and had put an end to any further dreams of conquering the rest of Finland.