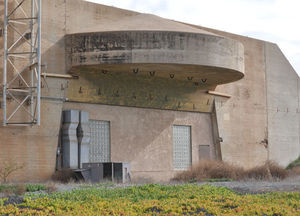 There is much excitement in Coronado, California regarding the massive development of a Naval Coastal Campus in the Silver Strand Training Complex.  This development, expected to cost a billion dollars, encompasses a total of 24 projects comprising buildings to be used for specialised training, buildings for desperately needed office space, as well as  accommodation for the housing of about 3 300 Naval Special Warfare Command (NSWC) personnel.

This has been long needed, for besides alleviating the desperate need for extra space and facilities and consolidating the various training centres, it will dramatically cut the amount of time and cost wasted in travelling. It will also give personnel more time at home especially the SEALS, who spend much of every year in training , preparing for their next special operations.

The area of land that will be utilised is 167 acres of the available open land which totals 548 acres. The developers, keeping in mind the necessity of observing all the State and Federal Environmental regulations, selected this location as being the most suitable. However, having complied with the strict demands regarding the environment, the planners and developers had a major problem to deal with – a strong, well-built, concrete WW II bunker, situated right in the middle of the proposed development.

During WW II, the area, originally known as the Navy Radio Compass Station, was taken over by the Army. At the time, it was regarded necessary to protect the nearby extensive military base, as well as various aircraft-building installations. The decision was made to build this concrete bunker, later named “Building 99,” to house two very large guns which were to have a range of 30 miles.

The bunker, measuring 300 feet wide by 600 feet long and standing 40 feet above ground was built with reinforced concrete . The walls varied between 13-16 feet thick and it had an earth covering varying from 6-15 feet deep. Steel bars were set into the concrete at regular intervals and additional stone was added to give extra strength. It was completed in 1944, but old as it is – it would not be an easy building to dismantle or destroy.

Until recently, this bunker was used as a training area for SEAL personnel, but it, together with a number of other buildings were soon too small and far too inadequate to accommodate the Force, which had simply outgrown the facilities. The old buildings had become totally unsuitable for the requirements of modern training of  personnel, the office space was overcrowded and  neither were built to accommodate  this growth nor to facilitate the use of modern technology, it was neither  suitable for  computers nor air conditioning – in fact the buildings were hopelessly inadequate all round.

Besides the headache presented by the actual dismantling of this  sturdy, concrete bunker. There was also the problems of  the removal of the rubble as well as the environmental impact  it would have, all had to be taken into account by the developers. Firstly – to best way to  demolish such a building was without the use of explosives; so the developers planned to bring in large excavators with a variety of grapples, hammers, shears and pulverisers.

The most important of these machines however, would be a massive piece of equipment, probably the largest ‘hammer’ in North America. With this machine, selected areas in the concrete surface would be repeatedly hit until a crack appeared. This weakness would then be caulked to expand the crack and the hammering would continue, systematically weakening the structure.

This method would avoid the use of explosives, create less dust and would also be quieter. To further reduce noise and the inevitable vibrations, trenches would be dug to dampen and reduce their transmission via the ground. These measures were taken so that both the environment and the residents in the surrounding areas would be as little impacted as possible.

People were not the only concern however, for at the Southern end of this area it was noted that there were several vernal pools and fairy shrimp, snowy plover and light terns were also observed –  none of which would appreciate radical demolition processes at any time, but particularly not during breeding season. The planning programme was thus set up to take that into account. As an added aid to environmental security the developers planned to secure the area, as far as possible, from storm water damage and even undertook to destroy the very invasive ice plant found there.

What to do with all the reinforced concrete, sand and rubble, which the demolition of the bunker would generate was another serious concern.  The developers plan to stockpile all the re-usable concrete and sand and re-use it in the construction of  foundation bases, such as filling for bank stabilisation and in the building of storm water draining and storing facilities which are planned for the control of storm water.

LCDR Mark Walton, the Naval Special Warfare Command Public Affairs Officer stated, “It’s a huge project …… we are adapting to a different and expanding mission set including the way we train, fight and do cultural engagements on deployment. The Coastal Campus is going to facilitate all of that in one location”

Finally – what of history?  Will this 70+ year old building, with a varied history simply be lost to us? Luckily, the story of this bunker, building 99, is to be fully documented.  Photographs, both past and present will be collected and the process of the demolition of the bunker will be recorded.

All this material will be collated and the collection will be sent to the Coronado Historical Association – this little piece of history will not go unrecorded.