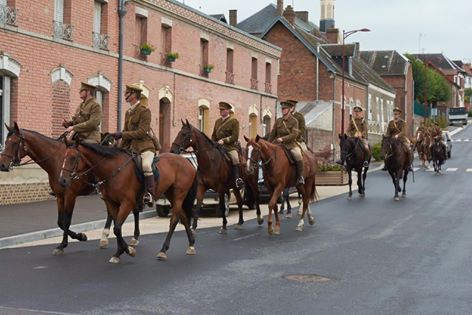 Riders dressed in uniforms of the day and carried mock-weapons that mimicked those that the Cavalry would have carried.

The route the re-enactment took was from the site of the Battle of Mons from where Allied troops retreated. Each of the riders was meant to represent one unit that took part in the retreat.

A memorial ceremony was conducted on the journey and marked the exact timing for when the Allies and Germans made contact after the retreat had begun. The ceremony took place at the village of Nery in northern France. It began with a gunfire salute in the early morning, followed by a drum service and parade.

When the Allies camped out at the village in 1914 the German forces outnumbered the Allies by four soldiers to one. 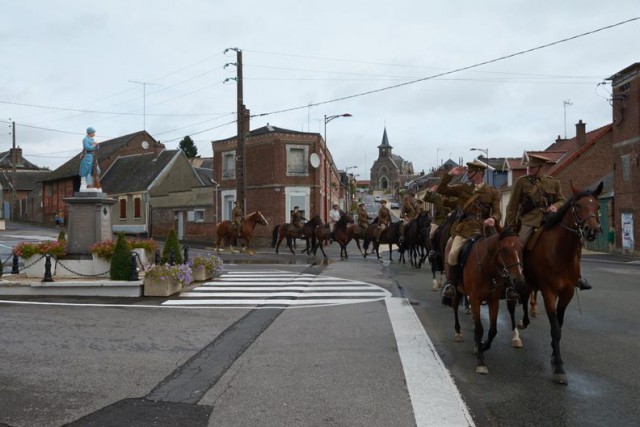 The ride began in Mariolles in north eastern France with 35 riders.

The attack became overwhelming for the Allies of British and French troops when the Germans launched a wide-ranging attack in Belgium with over half a million troops. The Germans were hoping to surround the Allies and then trap and destroy the army bringing the war to a quick end, the Forces TV reports.

The Allies withdrew back to the outskirts of Paris, but once they had regrouped both the British and French fought the German onslaught back in order to prevent the Germans taking Paris.  It was the cavalry forces that made a huge difference to the battles.

The ride was organised as a charity event and is being run to raise money for the ‘Not Forgotten Association’, which raises funds for injured and sick veterans as well as those with disabilities.