The “Ghost Army” is a prime example of how the US Army outwitted their German enemies during the Second World War and its about to get its very own movie, reports reveal.

Officially known as the 23rd Headquarters Special Troops, the “Ghost Army” was the tactic used by US authorities to deceive the German Nazis into thinking that they had more men and equipment. The unit’s sole mission was to impersonate other US Army units with the use of inflatable tanks, fake radio transmissions, sounds of trucks and the like and of course, charade.

The unit was composed of over a thousand men all coming from an area so far-fetched from soldiering — the creative field. “Ghost soldiers” were recruited from ad agencies, art schools and other lines where creative thinking was the norm and on the job, they were encouraged to utilize that.

Throughout the war, the “Ghost Army” was able to stage over 20 battlefield deceptions and most of these were operated very near WWII’s front lines. 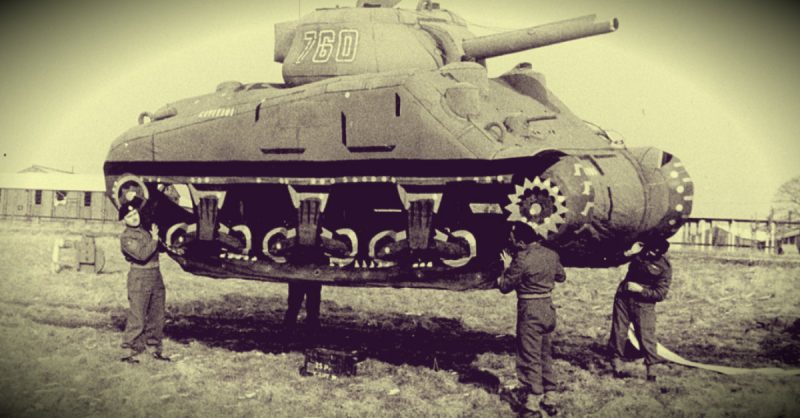 Accordingly, Warner Bros have acquired the rights to make the story of the “Ghost Army” – classified for over four decades after WWII – into a movie. Furthermore, Hollywood A-lister Bradley Cooper is said to be into the works along with director Todd Phillips, whom he had worked with in the Hangover, and producer Andrew Lazar, who was with him in the American Sniper.

Reportedly, Cooper will be producing the “Ghost Army” movie though there are high hopes that he will eventually star in it, playing the lead role.

According to reports, the “Ghost Army” movie will have two resources — the book The Ghost Army Of World War II: How One Top-Secret Unit Deceived The Enemy with Inflatable Tanks, Sound Effects, And Other Audacious Fakery written by Rick Beyer and Elizabeth Sayles which the studio also obtained rights to as well as the 2013 documentary Ghost Army which was directed by Rick Beyer, too.

Meanwhile, the real “Ghost Army” has been credited with saving the lives of countless soldiers and playing a key role in a number of Allied victories in WWII’s Europe theater. As a matter of fact, a campaign is in motion to get the unit awarded with the Congressional Gold Medal for their war feats.