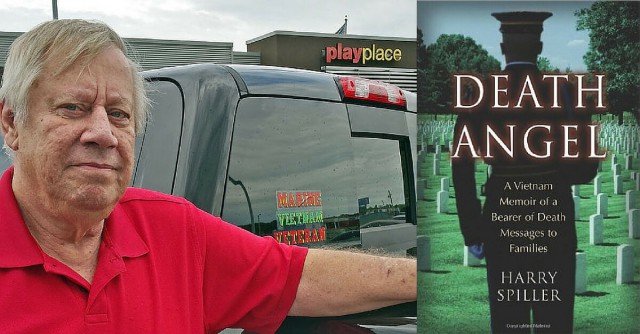 Harry Spiller was a Vietnam War recruiter for the US Army and he has now talked for the first time about his experiences after becoming disillusioned with the never-ending stream of burials he had to deal with during the war.

Harry started recruiting soldiers for the US Marines in 1967 and after three years he had had enough and left his post. He says that the trauma of recruiting hundreds of young boys from all over America and then just a few months later having to send many of them home in a casket was all too much to bear.

Even though Harry was a recruitment officer, he also had to notify the relatives and families of those who lost their lives or were injured whilst in action. As part of that role, Harry had to organise hundreds of military funerals.

Harry himself had spent two deployments in Vietnam during the war. The first was before he even became a recruiter and the second was when he finished as a recruiter three years later. He felt as though his job was too close to death every single day.

In 1983, Harry saw a movie about the Vietnam War and decided that he had been silent long enough and began to share his memories and experiences of the war. He decided to write them down and began his own novel and when he did all those thoughts and memories came rushing out.

Harry’s first book was published in 1992, called ‘Death Angel’ and over the past 23 years has published 14 more books. Most are non-fiction focusing on war including Vietnam, World War Two, Afghanistan and Iraq, but he has also written about true crime as well.

After leaving high school, Harry became a police officer and was sheriff of Marion town for seven years.

Harry recalls how the families and relatives would react when they heard the news about their loved one being killed and says that every time the families were devastated.

One case Harry remembers is that of a soldier who was blown to pieces and his parents wanted to know when his remains would be returned home. So Harry ended up organising a memorial service, The Southern Illinoisan reports.

As a recruiter Harry felt like he was sentencing these young men to death and couldn’t go on with his job.

Even though he didn’t want him to Harry’s son later enlisted with the US Navy, but Harry says he is proud of him for voluntarily putting himself forward.