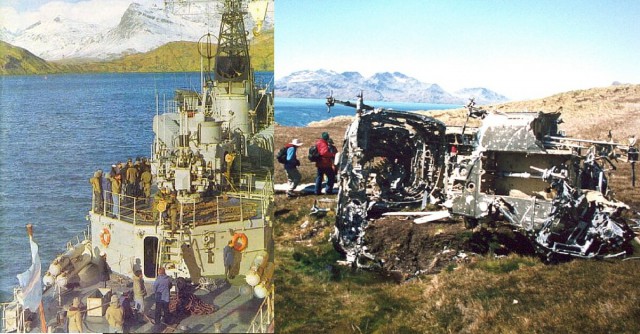 More often than not history repeats itself in a variety of different fashions as it did for British forces in a very short and less discussed armed conflict of 20th century. The year was 1839, when a handful of British soldiers (total 140) bravely resisted an angry army of more than 5,000 Zulu warriors. Almost century and a half later in 1982, twenty British marines had to wend off thousands of Argentinian invaders and eventually gave the oppressors a bloody nose.

An almost 150 years old British claim on a cluster of Islands known in Britain as Falkland Islands was challenged by Argentina in 1982. Despite the fact that Britain fought the war on equal footings, the starting point of the war on the secluded islands was no less then epic for British war history.

Published in a book by Section Commander George Thomsen for the first time, the story of the heroism and determination showed by the British troops in the early days of the war is told in great details.

George Thomsen was planning his trip back home in the summer of 1982, when he was told to take few of his comrades on a routine patrol to the tiny island of South Georgia. Reports were coming that a small group of Argentinian scrap dealers had illegally landed on the island and had hoisted Argentinian flag in defiance of British authority over islands. After Thomsen arrived with his men the island was covered with snow and was very quiet and peaceful. However this peace was the treacherous silence before the big storm.

Just seconds after posing for a group photograph on the bay of the South Georgia island, the small group of 22 British marines lead by George Thomsen saw the first helicopter trying to drop Argentinian troops on the island. From this point onwards the group of marines realized that it was a grim situation for them and that they had to do everything at their disposal to defend their territory.

After the first failed attempt, Argentinians arrived in great numbers from air and from water; the combat was biblical, Goliath intimidating and advancing to destroy David. The small garrison of British soldiers not only gave the enemy a befitting answer, they also crippled a 260ft Argentinian warship, the Mail Online reports. 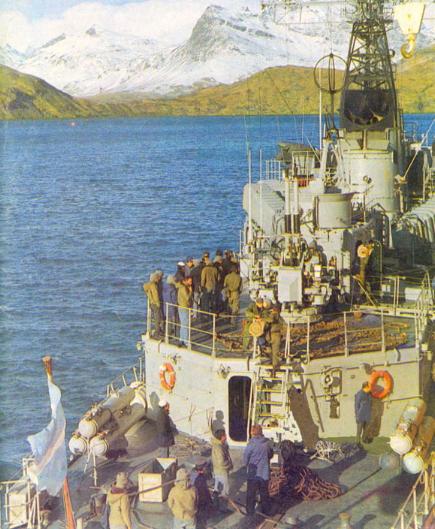 Thomsen describes the epic moments in great details and says in his book that when the wave of Argentinian troops started landing on the shores of South Georgia, every single one of his comrade was ready to defend their homeland and even ready to die for it. He added that after destroying the helicopter and killing 16 of enemy combatants the morale of marines went sky high and they kept Argentinians at bay for hours to come.

The fighting was over when, ‘brilliant bit of British bluff’, Lieutenant Mills walked to the Argentinians and told them his men would not give up the fight unless they agreed to his terms. These included a safe passage off the island. The Argentinians agreed and were taken aback when they saw that they were fighting only 22 Marines. They kept their word and were flown to Britain, later to join the task force that liberated the island.