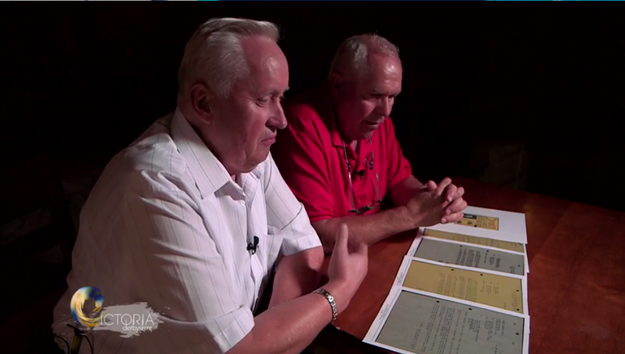 Twin brothers separated during World War Two have been reunited for the first time this year.

Polish twins, George Skrzynecky and Lucian Poznanski, who are both now 69 years old, were torn apart during the Nazi invasion of Poland in World War Two.

Their mother had given birth to the twins after she was liberated from a labour camp in Germany. Shortly after their birth she fell ill and the twins were taken back to Poland and were adopted by different families and never saw each other again.

It wasn’t until the 1960s that George found out that he was adopted. He tried to investigate his roots through the Red Cross, and discovered that he had a twin brother, but he couldn’t find out much information, abandoned the search and later moved to America.

Meanwhile, Lucian had remained in Poland and only discovered that he even had a twin brother in 2014, but says that he feels in his soul that he always knew something was missing from his life.

The Red Cross continued the search and finally in 2014 was able to locate both brothers. George said that he had always hoped the day would come when they would be reunited, and was overjoyed.

The twins were reunited in Warsaw, Poland, when Lucian said that nothing else mattered but having his brother back again.

The Red Cross was able to retrieve historical records about the twin’s family and shared them with the pair during the reuniting. Their father had been an American soldier who had returned to the US after they were born.

The records also showed that their mother hadn’t known that they were being taken back to Poland after she had given birth. Apparently she had searched for many years to try to find them, but she died in 1952 just seven years after the end of World War Two, BuzzFeed reports.