The Tuskegee Airmen of World War Two became famous for their efforts as the first Army Air Force African-American squadron. Now one of their last surviving flight instructors has died at the age of 96 in Georgia, USA. Milton Pitts Crenchaw was taken, ill with heart disease and pneumonia, to the Piedmont Henry Hospital, Atlanta where he died soon after being admitted. 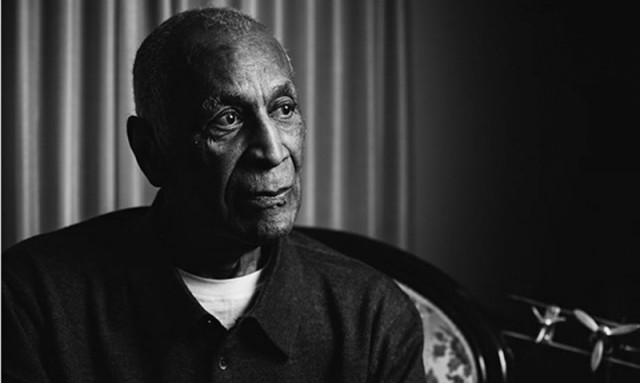 The squadron was formed at the request of US President Roosevelt, who had wanted to train African-Americans so that they could also fly for the Army Air Force during the war.

Milton’s daughter says that really the whole squadron was an experiment because it had never been done before, and few had confidence that it was going to be a success.

The reality was that the US Army Air Force had a shortage of pilots during World War Two, and so saw flight training of African-Americans as an answer to the problem. African-Americans were also engaged in roles such as mechanics and ground support for maintaining the aircraft, The Huffington Post reports.

Milton had been a pilot after qualifying from the Tuskegee Institute in eastern Alabama. He went on to train hundreds of African-American pilots during the war. During World War Two, African-Americans had to deal with segregation if they joined the fight against Hitler. If an African-American tried to fight back and resist segregation they would be imprisoned by the US Army’s military police.

Once the war ended, Milton went on to become a civilian flight instructor and contributed to the set-up of the aviation programme at Philander Smith College in Little Rock.

The Tuskegee Airmen’s story was brought to the big screen by the 2012 movie Red Tails. At the time, Milton provided local cinema-goers with his in-person account of the squadron before the beginning of the film.

Formally, they formed the 332nd Fighter Group and the 477th Bombardment Group of the United States Army Air Forces. The name Tuskegee Airmen also applies to the navigators, bombardiers, mechanics, instructors, crew chiefs, nurses, cooks and other support personnel for the pilots.

Although the 477th Bombardment Group trained with North American B-25 Mitchell bombers, they never served in combat. The 99th Pursuit Squadron was the first black flying squadron, and the first to deploy overseas (to North Africa in April 1943, and later to Sicily and Italy).

The 99th Fighter Squadron was initially equipped with Curtiss P-40 Warhawk fighter-bomber aircraft. The 332nd Fighter Group and its 100th, 301st and 302nd Fighter Squadrons were equipped for initial combat missions with Bell P-39 Airacobras (March 1944), later with Republic P-47 Thunderbolts (June–July 1944), and finally with the aircraft with which they became most commonly associated, the North American P-51 Mustang (July 1944).

When the pilots of the 332nd Fighter Group painted the tails of their P-47s and later, P-51s, red, the nickname “Red Tails” was coined. The red markings that distinguished the Tuskegee Airmen included red bands on the noses of P-51s as well as a red rudder, the P-51B and D Mustangs flew with similar color schemes, with red propeller spinners, yellow wing bands and all-red tail surfaces.