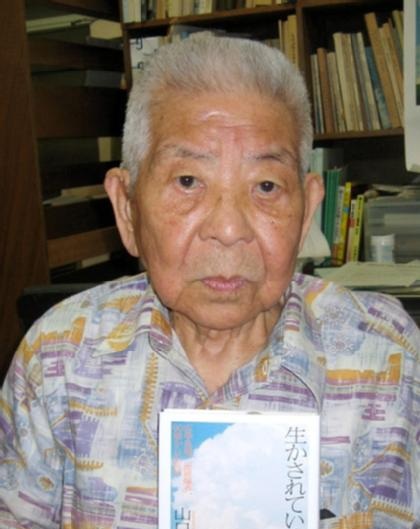 Japan’s Tsutomu Yamaguchi lived a long, healthy life until he died in 2010 at the ripe old age of 93.

What could have killed him more than 70 years ago was not one atomic bomb, but two, as his unique story of survival was uncovered by Japanese media shortly before he died.

Yamaguchi was just 29 years old in 1945. He was a businessman going about a busy business trip to Hiroshima on 6th August 1945, he was walking to a central office building when before he knew what was happening at around 8:15am a huge explosion and flash of light filled his senses. Describing the experience, Yamaguchi said that it was as if the ‘sun had fallen’ to the earth.

It was a US Air Force B-29 Superfortress bomber, nicknamed the Enola Gay, that dropped the atomic bomb made with uranium. It exploded just over half a kilometre above the city.

Survivors and people who wrote about what happened recorded the events, describing that Hiroshima was like a hell on earth after the bomb. One journalist, John Hersey, who attended the remains of the city in the aftermath of the bomb wrote and described how the people weren’t just dead, their bodies had been burnt inside-out. He mentions melted eyes, burned faces, swelling and wounds seeping with pus. This was the impact of not just a bomb, but the world’s first atomic bomb.

Mr Yamaguchi amazingly survived Hiroshima, and fled the city like so many other survivors worried about the after effects of the bomb with huge levels of radiation. He managed to get on a train back to his home town of Nagasaki, the journey took more than 10 hours, but he made it home.

Three days later, Yamaguchi went straight back to work and tried to explain to his manager the devastation in Hiroshima and the horrors that he’d seen. But his boss and colleagues couldn’t believe it and said that it couldn’t be true. Just as they were talking, their disbelief was erased when another US B-29 Superfortress bomber, nicknamed Bockscar, had arrived over central Nagasaki and dropped the world’s second Atomic Bomb on the city.

With what can be likened to a cat’s nine lives, Yamaguchi again survived the blast. He not only survived both atomic bombs, he never suffered from any effects of the subsequent radiation poisoning, unlike thousands of others who later died or suffered from terrible disease or disfiguring.

Yamaguchi went on to live a quiet and regular life for almost the next 65 years, until 2010 when he died of cancer at the grand age of 93. But before he died local Japanese media discovered his story and began to spread the word about the amazing survivor. When Yamaguchi’s story became increasingly well-known the Japanese authorities were alerted. They investigated his story and gave their official confirmation and recognised that he was in fact the only survivor of both the Hiroshima and Nagasaki atomic bombings.

The Hiroshima bomb is said to have instantly killed more than 80,000 people and decimated the city, with many more deaths in the aftermath of the bomb. At Nagasaki, around 40,000 people were instantly killed. It took another six days before the Japanese Emperor Hirohito announced Japan’s surrender to the Allies. In his surrender speech which was broadcast on the radio across Japan, Hirohito called the atomic bombs, ‘a new and cruel bomb’. World War Two was at an end.

During interviews with Yamaguchi about his survival, he spoke vehemently about nuclear weapons and called on every country in the world to stop developing them. He realised that his survival was unique and hoped that he could speak of the devastation and try to prevent another atomic bomb ever being dropped again, the World.Mic reports.

Commemorating the 70th anniversary of the Hiroshima and Nagasaki bombings, memorial services are being held in both cities this week. In Hiroshima, a ceremony was held at the city’s memorial park on 6th August and tributes were led by Japanese Prime Minister Shinzo Abe. A minute’s silence was held across the country at 8:15am and a single bell was tolled to mark the commemoration for all those who died.